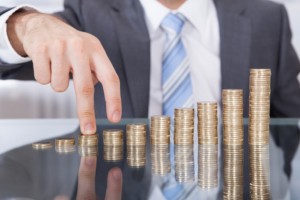 After more than a month delay, the New York City Comptroller has finally revealed the salary of the office’s newly hired head of private equity, Alex Doñé.

Doñé is being paid $160,000 a year, with no incentive bonus, according to an emailed response to an open records request Buyouts submitted on Dec. 5. Prior to his appointment to private equity chief, Doñé made $150,000 a year running the city pension system’s private equity emerging manager program, according to the email from the Comptroller’s office.

In comparison, the city’s chief investment officer, Scott Evans, joined the Comptroller’s office in May at a salary of $224,000.

The city system is made up of five separate pension funds, each governed by its own board, which had combined assets of around $158.7 billion as of September, according to Reuters. Investment staffers like Doñé manage the system’s money.

Pay for private equity chiefs varies depending on the size of the institution and length of employment, though sometimes size conspicuously doesn’t factor in.

For example, Jason MacDonald, who runs private equity for New Jersey’s $80 billion state pension system, made a salary of $100,000 in 2014, according to a database of state workers’ compensation managed by New Jersey.

The general complaint is that public pension private equity employees make relatively small salaries compared to what they could make in the private sector. This is especially true in a place like New York City, where staffers live amid some of the most expensive real estate on earth.

“That’ll get you a nice one-bedroom, right?” quipped one source when asked about Doñé’s salary.

Compensation issues among investment staff at public pensions lead to what some have called a “brain drain” at public systems where private equity staff turns over with some frequency.

New executives come in who may have different ideas about managers or strategies, which can lead to inconsistency within programs. To be sure, institutions work with private equity consultants to help mold programs and that helps keep a stable foundation under programs that experience quick turnover. But even those consulting contacts can change in a matter of a few years.