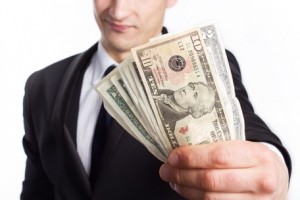 The New York City Retirement System has demonstrated a commitment to building a stable investment team with some significant pay increases for top-level people.

Alex Doñé, the head of private equity at the retirement system, will be making $280,000 a year, up 75 percent from $160,000 a year, according to salary information available in The City Record, the official journal of New York City government. John McKay, a spokesman for the city’s Comptroller’s office, confirmed the numbers.

The system, which is governed by five separate pension boards and overseen by the city’s Comptroller’s office, also brought on three additional employees to the private equity team. McKay did not respond to a request for the names of the three people.

New York City Retirement System, like many public systems, has struggled with turnover on the private equity team in part because it wasn’t paying competitive wages, sources have told Buyouts in past interviews.

The roster of NYC Retirement System alumni is long and includes people like Rafique DeCastro, who left in January and took a job at Morgan Stanley; Elizabeth Caldas, who is now an LP at the United Nations Joint Staff Pension Fund; and James Del Gaudio, who left earlier this year to take an LP role at the Pennsylvania Public School Employees’ Retirement System.

The retirement system’s former head of private equity, Barry Miller, left in 2013 to take a job at Landmark Partners.

If is important for public LPs to pay competitive wages to retain talent, especially for an asset class like private equity, where funds live for 10 years or longer. The risk of heavy turnover is having new people take control of the portfolio and changing strategy mid-stream.

For example, NYC Retirement System this year hired Cogent Partners to help organize and run a private equity secondary sale. This process, which has already stretched for months, could be affected by a sudden change in private equity leadership with a different vision for the portfolio.