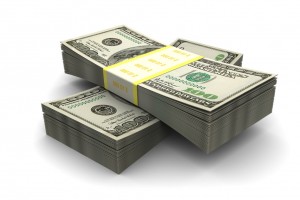 New York City Public Pension Funds marked its largest commitments yet to private equity via marquee funds from Apollo Global Management and CVC Capital Partners. It was part of an overall $1.3 billion series of pledges by the $137 billion retirement system that also included first-time commitments to several emerging managers.

During the latter half of its fiscal year ended June 30, New York City committed $500 million each to new flagship funds from New York’s Apollo and London-based CVC as it continues its multi-year relationships with the two sponsors. The commitments eclipsed the size of the retirement system’s $425 million pledge last year to Warburg Pincus Private Equity XI.

“It’s consistent with our policy … to have larger commitments to fewer managers that are top-quartile,” said Larry Schloss, chief investment officer of the pension system that includes retirement funds for city teachers, employees, police and firefighters. “These are proven managers for us.”

Also recently New York City pledged $225 million to Olympus Growth Fund VI, managed by Stamford, Connecticut-based Olympus Partners, which specializes in North American buyouts and growth equity. The commitment to the fund came as part of a move away from venture capital investing and toward growth equity, Schloss said.

Apollo Investment Fund VIII, the firm’s marquee buyout vehicle, has a target of $12 billion and a hard cap of $15 billion. Apollo’s previous fund closed at nearly $15 billion in 2008. New York City’s commitment comes after it generated solid returns on older investments with Apollo.

Pittsburgh-based Incline Equity typically makes $10 million to $25 million investments in light manufacturing, distribution, and business and industrial services, according to its website. Altaris Capital Partners, a New York-based sponsor with $775 million under management, focuses on healthcare.