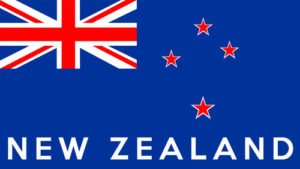 The $21 billion pension fund will invest up to $175 million over the next 3-5 years in natural gas exploration and production projects in North America along with energy infrastructure and services, it said in a statement, according to sister news service Reuters. The remainder would be invested into KKR’s new Energy Income and Growth Fund, which focuses on unconventional gas and oil resources.

Set up in 2003 to partially fund the cost of future pension payments for New Zealand’s 4.5 million people, the Superfund has invested in private equity since 2005. The latest chunk will boost the fund’s private equity investments from around 3 percent of its total portfolio at the moment.

Matt Whineray, general manager of investments at the fund, said the new investment would increase its exposure to the energy sector, adding that the fund hoped to capitalize on the rapid development of natural gas and unconventional oil assets, and offer other benefits.

“These benefits include improved expected returns, resilience in relation to a rapidly changing sector and greater insight into, and control over, our investment exposures,” Whineray said in a statement.

“Our focus on responsible investment will also be bolstered by KKR’s expertise in the management of environmental, social and governance factors.”

When fully funded, the new investment will increase the fund’s energy sector investments to around 11 percent of its total portfolio from 10 percent at the moment. This would take energy holdings back to levels seen in mid-2013, before the fund sold down some of its stake in New Zealand petrol retailer Z Energy

The Superfund has a mandate to offer returns at least 2.5 percent on average above the risk-free 90-day New Zealand Treasury bills. Since its launch, the fund has made annual returns of 9.6 percent.

KKR’s primary activity involves buying businesses using borrowed money. It gained widespread recognition through its $25 billion leveraged buyout of RJR Nabisco in 1988, a battle that was immortalized in the bestseller, “Barbarians at the Gate.”

Naomi Tajitsu is a correspondent for Reuters news service.

(Correction: The correct date for this announcement was March 21, not March 28.)