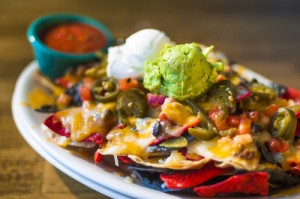 Four years after buying Dave & Buster’s Entertainment, Oak Hill Capital Partners is poised to see a return of nearly 3x on its investment in the the restaurant/arcade chain.

Dallas-based Dave & Buster’s is expected to price its initial public offering Thursday and start trading Friday, a source said. It is offering 5.88 million shares at $16 to $18 each via bookrunner Jefferies, according to an SEC filing. Other investment banks on the deal include Piper Jaffray, William Blair, Raymond James and Stifel.

The company’s shares were up 6.2 percent at $17 on the Nasdaq after about 30 minutes of trading. More than 3.5 million shares changed hands. The stock traded as high as $18, valuing the company just over $700 million.

Oak Hill owns about 95 percent of Dave & Buster’s, according to the SEC filing. It bought the company in June 2010 in a deal valued at $570 million. As part of the deal, Oak Hill invested $240 million equity, peHUB has reported.

The investment was made by Oak Hill Capital Partners III LP, which closed at $3.8 billion in 2009. Fund III is generating a 7.8 percent net IRR and a 1.4x investment multiple as of March 31, according to performance data from CalPERS.

Founded in 1982, Dave & Buster’s is known for more than its food, which includes “Mountain O’ Nachos,” buffalo wings, steak and ribs. It also also offers games like “Down the Clown,” “Transformers Human Alliance,” and “Simpsons Soccer,” where users play against characters from the popular TV show. The company operates 70 company-owned stores across 27 states and Canada.

This isn’t the first time Dave & Buster’s has tried to go public. The company pulled its offering the day before it was set to start trading on the New York Stock Exchange in October 2012. Dave & Buster’s was also up for sale this year, with Onex Corp and Cineplex Inc showing interest in the company, according to press reports.

Oak Hill has already gotten some of its money back. In 2011, Dave & Buster’s sold some senior notes to to pay a cash dividend to shareholders, Oak Hill and management, according to Moody’s Investor Service. Oak Hill appears to have received about $95 million with the 2011 dividend.

Oak Hill isn’t selling shares in the Dave & Buster’s IPO, but the firm’s ownership stake will decline from 95 percent to about 81 percent.

At $17, the midpoint of the IPO range, Oak Hill’s 31.7 million shares will be worth $538.3 million. With the paper gain plus the dividend, the PE firm stands see a return of 2.64x on its investment.

Photo of plateful of delicious nachos courtesy of ShutterStock