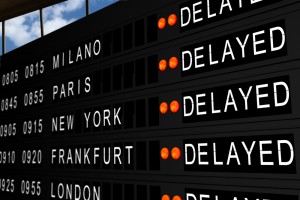 The Ohio-based company — owned by Oaktree Capital Management and Apollo Global Management — had hoped to price 31.3 million shares at a range of $15 to $17. At the middle of the range, this would have been a $500 million IPO.

Aleris had planned to sell 9.4 million shares and existing shareholders planned to sell the remaining 21.9 million. Most of those shares would have come from Oaktree, which was looking to cut its ownership stake from 59.7% to as low as 40.4 percent.

Leon Black’s Apollo Global Management LLC was hoping to cut its stake to as low as 12.7% from 18.9 percent.

Postponing the IPO is not just a setback for Oaktree, which saw its own $380.3 million IPO on Wednesday price at the bottom of its expected range, but also for others who hoped that a recovery in equity markets allowed for easy access.

Aleris was the latest in a string of private equity-backed industrial companies looking to tap the public markets, following in the footsteps of vehicle transmission-systems maker Allison Transmission and industrial parts maker Rexnord.

Aleris may have had difficulty attracting investors because of its exposure to China where questions remain about economic growth, according to a source familiar with the deal. China comprises 4% of the company’s revenue and its exposure is likely to grow through a aluminum rolling plate joint venture in the country.

Investors may have also questioned Aleris’ reliance on the European automotive industry, where it is the number one supplier by volume of recycled aluminum alloy material. New car sales in the region are likely to decline for the fifth year in a row in 2012, Fiat Chief Executive Sergio Marchionne said last week.

“Aleris may not have been the type of product investors are looking for especially since it’s focused on aluminum, which is a commodity market,” said Tom Taulli, an independent IPO analyst. “If there’s concern about a global economy slowdown this could affect it.”

The company filed for Chapter 11 bankruptcy protection in February 2009 as a result of the global recession, allowing debt investors to seize control from TPG Capital LP.