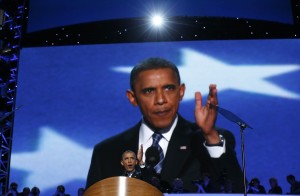 You don’t need a bulldozer to unearth success stories involving job creation in the small business investment company program, through which the government provides low-cost debt financing to mezzanine firms and buyout shops. But though ostensibly in need of promoting such stories, President Barack Obama didn’t mention the SBIC program or the Small Business Administration that administers it in accepting the Democratic nomination for president last week.

Hamilton Robinson Capital Partners, a Stamford, Conn.-based buyout shop, closed a $75 million pool back in 2002, combining $25 million in capital raised from private investors with $50 million in funding through the SBIC program. Scott I. Oakford, managing partner, called seven of the nine portfolio companies “highly successful,” and earlier this year Oakford told Buyouts that the fund had achieved more than a 3x investment multiple and gross IRR of 35 percent.

The specialist in buying manufacturing, distribution and services businesses didn’t track job growth across its SBIC portfolio. But, said Oakford, “We literally saved one company in Fulton, New York, that turned into a huge success.” In 2003, Hamilton Robinson acquired Black Clawson, then a 170-employee, one-factory supplier of machines that make plastic-packaging materials. At the time, Oakford said, the company had defaulted of its bank loans, couldn’t meet pension obligations and had lost the confidence of some customers.

The buyout shop set in motion a turnaround plan that saw the company, then generating earnings of $3 million on $30 million of revenue, clean up its balance sheet, provide equity stakes to managers, and introduce lean operating practices. That set the stage for add-on acquisitions. Those eventually helped the renamed Davis-Standard (after merging with a rival by that name in 2005, at which time the SBIC sold its stake) grow to generate earnings of more than $30 million on revenue of north of $300 million. By the time Hamilton Robinson sold the business late last year for $198 million, multiplying a total equity investment 4.5 times, the company employed some 800 people.

“On that one investment alone, that kind of validates what the SBA was trying to do,” said Oakford. The SBA itself describes its role in a recent report as playing “a critical role in strengthening America’s economy by providing tools to help grow businesses and create jobs.”

Buyout shop The Riverside Company, which has sponsored more than 290 transactions since its founding in 1988, closed its first SBIC fund, The Riverside Micro-Cap Fund II, at $287 million, including $150 million in SBIC funding, about a year ago. Earmarked for “growth buyouts” of companies generating from $2 million to $5 million in EBITDA, the firm as of the second quarter had committed 40 percent of the capital to building seven portfolio companies. These include Winooski, Vt.-based CPA Site Solutions, a supplier of online marketing tools to accounting firms that had about 21 employees when it was acquired last November.

It is still early days for the fund. Nevertheless, the firm reports that employment at the seven businesses has more than doubled, to 1,496, up from 678, during the firm’s ownership, between organic growth and growth from add-ons.

Co-CEO Stewart Kohl said the SBIC program serves a real need for small, fast-growing companies that otherwise have limited places to turn for financing. “Call 10 of the traditional lenders that we would use for our larger deals and they will tell you we don’t lend to businesses with $2 million in EBITDA. They’re viewed as too risky and too fragile,” said Kohl.

The Obama administration has been a big supporter of the more than 50-year-old SBIC program. It brought on a former venture capitalist, Sean Greene, in 2009 to oversee a rapid expansion in the debenture form of the program (financings to small businesses rose 63 percent in fiscal 2011 ending Sept. 30) and to speed up licensing. According to Brett Palmer, president of the Small Business Investor Alliance, the administration also proposed as part of its fiscal 2013 budget that Congress boost the program’s annual funding cap from $3 billion to $4 billion.

Still, you won’t find many, if any, articles over the last few months where the president is quoted talking up the SBIC program or its success creating jobs. Karen Mills, the administrator of the SBA and a former private equity professional, spoke briefly at the Democratic National Convention but didn’t mention SBICs or their private equity investments. She passed on an opportunity to be interviewed for this issue’s cover story on private equity professionals in public service. Greene was not available to be interviewed for this column.

The president might naturally find it problematic to boast of his administration’s private equity successes when his campaign has been criticizing the private equity track record of Republican nominee Mitt Romney. I was unable to reach the Obama campaign for comment on whether it would agree with this assessment.

Still, the Obama administration has spoken loudly through its actions in building up the SBIC program. Could there be a stronger argument that the asset class plays an important role in job creation?