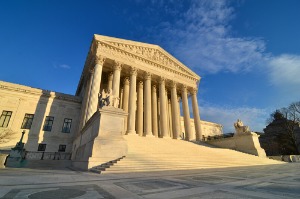 Maybe, just maybe, it’s time for Mike Mikan to finally get down to business.

Remember Mike? UnitedHealth probably doesn’t remember him fondly, seeing as they all but announced the LPs for his new “private equity fund” when the executive responsible for leading, among other things, its prescription management business stepped away—presumably, to in fact lead a PE fund.

But then, it never happened. Or at least it hasn’t yet.

Mikan’s stagnation in Minneapolis came to represent, very quietly, the freeze that Capitol Hill bickering and Supreme Court wavering put on healthcare M&A, particularly in the prescription benefits management space. And when Supreme Court Chief Justice John Roberts improbably weighed in as the deciding vote to uphold the constitutionality of President Obama’s signature first term legislation, the freeze has decidedly thawed, at all corners of the space.

Since last month, strategic buyer Walgreen spent more than $7 billion in two deals to expand its presence in the prescription management space on two continents. Drugmakers are desperate, all of a sudden, to gobble one another up whole. Executives there expect more M&A in the insurance, prescription benefit management and drug discovery & development spaces on the way. Seeing how little has transacted in healthcare, more broadly, as an industry in 2012 that seems like a safe bet.

Just how much financial sponsors and strategics are willing to take on in order to further gain a foothold in the PBM business remains to be seen—the Kroger Co., which operates both grocery and pharmacy storefronts together, would provide a strategic buyer presence in thousands of stores in most of the US states, although it could cost up to $20 billion. OptumRx, which Mikan led until a little over a year ago, expanded in less than two decades to process more than $19 billion in revenues, according to last year’s figures. He’ll need an awful lot of LPs if he wants to take the business private—which, according to UnitedHealth data, increased in 2011 revenue more than 10 percent year over year. It appears some of the juiciest bets will remain well out of reach for PE. Not that there aren’t also opportunities galore throughout the medication management industry for smaller PE players looking to build up regional operations—which, most likely, will just wind up absorbed into a mega-strategic, anyway.

Just because the Affordable Care Act has finally made through what is likely its most difficult test—winning over one or more conservative Supreme Court Justice—doesn’t mean dealmakers won’t have to make trips to DC to justify their deals. The primary clientele of these PBMs also happen to be perhaps the most active American voting bloc (and by this, I mean our seniors), and it will fall upon regulatory agencies to protect them from ever-expanding behemoth strategics. Should they fail to do this enough to generate one spate of headlines, expect belligerent, perhaps clueless Congressmen to weigh in with a base-serving spew. PE players should expect regulators, as they did with the mega Express Scripts/Medco deal, to inspect deals—especially as advocacy groups cry foul every time a new transaction is revealed.

One year after Mike Mikan stepped away from a top leadership role that might have ultimately put him in the driver’s seat to run one of the biggest healthcare companies in the country, he’s got nothing to point to—but, perhaps, Mike and people like him will finally get down to making some deals once again. It certainly seems like a good time for it, at least if they can get their act together before the strategics swallow all the mom-and-pop shops whole.