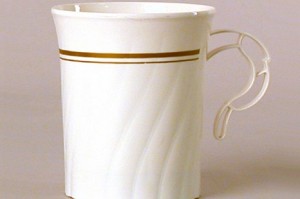 Olympus Partners, which plans to launch its sixth pool soon, has closed its buy of Waddington North America.

Olympus, based in Stamford, Connecticut, invested a little more than $100 million in Waddington, says Manu Bettegowda, a partner. Waddington, of Covington, Kentucky, makes foodservice products such as disposable plastic plates, cups and cutlery, for the catering, institutional and consumer sectors. Seven Mile Capital Partners, a Citigroup spinout, along with Norwest Equity Partners were the sellers.

Waddington competes against much bigger players like Berry Plastics (which went public this week), Reynolds Group, Sabert and Emi Yoshi, he says. Waddington really held up during the recent economic downturn, Bettegowda says. “At some point the economy will recover and we think the company will benefit,” he says.

Waddington’s products are used at higher end catered events, such as luxury suites at baseball games. The company’s plastic plates and mugs are made to look like china, while their glasses are “clear and shiny” and resemble crystal, Bettegowda says.  Waddington produces about $300 million in sales and employs about 1,000 people. No job cuts or management changes are expected, Bettegowda says. As a platform play, Waddington will be on the hunt for more deals. “We think there is real opportunity here to take advantage of the marketplace,” he says. “It’s a fragmented marketplace.”

A middle market firm, Olympus focuses on sectors such as restaurants, consumer products, healthcare services, as well as financial services and business services. Olympus typically invests from $100 million to $200 million equity per deal.

The PE firm has been busy in the past 12 months. In June, Olympus sold Tank Holdings to Leonard Green in a deal valued at roughly $830 million. A pair of exits occurred last November. Olympus sold Churchill Financial to the Carlyle Group, while Spectrum Brands Holdings bought the Black Flag and TAT brands from The Homax Group.

The Waddington investment is the Olympus’ ninth deal from its most recent pool, which raised $1.5 billion in 2007. Fund V is 70% invested after the Waddington transaction, Bettegowda says. Once Centerplate is completed, that will shoot to more than 80%, he says. “Our guess is that we will be fundraising over the next six to 12 months,” he says.

Bettegowda didn’t know how big Olympus’ next fund will be. “Our guess is that it will be larger but that hasn’t been determined yet,” he says.

Olympus did not use a banker. Hank Johnson and Mike Palm of Barclays Capital, as well as Citigroup, provided financial advice to Waddington.