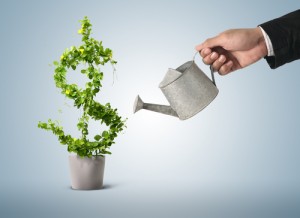 Who knew that polyethylene and steel storage tanks could be so profitable?

Today, Olympus Partners announced it was selling Tank Holdings to Leonard Green in partnership with company management. Financial terms weren’t announced but the deal is expected to close in third quarter.

Olympus, a Stamford, Conn.-based PE firm, created Tank by combining two portfolio companies: Norwesco, of St. Bonifacius, Minn., which makes polyethylene storage tanks for the agricultural and industrial markets, and Snyder Industries, a Lincoln, Neb.-based maker of custom-engineered bulk containers. Olympus acquired both companies through separate deals in 2008 and then put them together. Since then, Tank has completed seven tuck-ins, according to a statement.

Standard & Poor’s is valuing the Tank deal at roughly $830 million, according to a June 11 report. Leonard Green has formed an entity, Roto Holdings, to buy Tank. Roto is currently in the market for a $405 million credit facility, S&P says. Roto plans to use a $355 million term loan (which is part of the credit facility) plus $195 million in notes to fund the Tank acquisition, S&P says.

Olympus’ investment in Tank comes from its fifth fund, which raised $1.5 billion in 2007. The firm is making 2.9x its money invested for an IRR of 31.6%, according to Robert Morris, Olympus’ managing partner. This represents a gain of more than $300 million, Morris says.

“Management did a great job for us over the four years,” he says. Olympus chose to sell Tank to take advantage of the “robust financing markets,” he says.

While a savvy investor, Morris also admits he is responsible for Olympus’ “punny-ness.” The firm’s announcement of today’s transaction came with the headline, “Olympus Says Tanks a Million.” A prior deal, where Olympus sold K-Mac Holdings, which is the third largest Taco Bell franchisee, had the headline, “Nacho Deal? T’was Ours.”

“I plead guilty on the headlines,” Morris says. “Nacho was one of my favorites.”

For Leonard Green, Tank is the Los Angeles buyout shop’s latest deal. In May, Leonard Green raised $6 billion with its sixth PE fund.