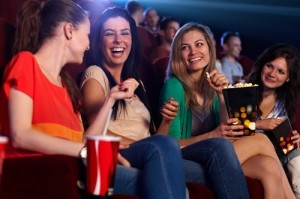 OMERS Private Equity, the private equity investment arm of the Ontario Municipal Employees Retirement System, in equal partnership with Alberta Investment Management Corp., have agreed to acquire Vue Entertainment from British private equity firm Doughty Hanson & Co. and management for an enterprise value of C$1.5 billion. Vue is an operator of modern multiplex cinemas in the United Kingdom, Ireland, Germany, Denmark, other European countries, and Taiwan. The transaction is expected to close by late July 2013.

OMERS Private Equity (“OPE”), the private equity investment arm of the OMERS pension plan, in equal partnership with Alberta Investment Management Corporation (“AIMCo”) on behalf of certain of its clients, have signed a definitive agreement to acquire Vue Entertainment (“Vue”) from Doughty Hanson and management for an enterprise value of £935m (C$1.48 billion). Vue is a multiple award winning highly successful world-class operator of modern state-of-the-art multiplex cinemas in the United Kingdom, Ireland, Germany, Denmark, Portugal, Poland, Latvia, Lithuania and Taiwan. The transaction is expected to close by late July 2013.

Vue is a pan-European market leader and one of the largest cinema operators in the world. Over the last three years, it has doubled the number of cinemas under its ownership from 70 to 146 and nearly doubled its screens from 678 to 1,321. Vue acquired Apollo Cinemas in the UK in May 2012, CinemaxX, Germany’s second largest operator in July 2012, and most recently agreed to acquire Multikino, the second largest operator in Poland, in May 2013. The company has also rolled out state-of-the-art digital projection technology across its circuits, opened a number of new cinemas including two of the top three highest grossing cinemas in the UK and Ireland at Vue Westfield London and Vue Westfield Stratford City and continued its market leading alternative programming delivering even greater choice for its customers through the screening of music concerts, sports, opera, theatre and other events. The Vue management team, including the founder and CEO Tim Richards, will retain a substantial equity stake and continue to manage the business.

OPE and AIMCo will support the management team as they seek to capitalise on the significant organic growth opportunities across all of its markets, and to combine this with selective acquisitions. Vue perfectly fits the selective acquisition criteria of both OPE and AIMCo. It is a market leading operator with a diversified European footprint, best in class management team and a strong track record of delivering results under private equity ownership. The business provides a proven platform for sector consolidation with a track record of successful off-market transactions. The business, along with the wider sector, has demonstrated resilience throughout the financial cycle, showing consistent growth.

Mark Redman, Senior Managing Director & Head of Europe, OPE commented:
“We are very pleased to be working with Tim Richards, one of the leading industry executives, and his team at Vue to support the business in its next phase of development. This is a best-in-class business featuring a first rate management team. This substantial bilateral off-market transaction demonstrates OPE’s ability to deliver for discerning vendors. We are also delighted to be partnering with a like-minded similarly-sized $70bn institution such as AIMCo. Our combined ownership gives Vue the distinct advantage of patient capital and deep pockets for organic and acquisitive growth.”

Leo de Bever, CEO of AIMCo commented:
“AIMCo is excited to be partnering with Tim and his team, alongside OPE, to support Vue’s ambition to be one of Europe’s leading entertainment companies. We consider Vue an important investment on behalf of our clients and a great complement to our Private Equity Group’s strategy of direct investment and targeted market expansion. Vue possesses an ideal combination of qualities we seek in potential investments with their best in class management team, market leading position in their sector and opportunities for continued organic and acquisition led growth.”

Tim Richards, CEO of Vue said:
“We are delighted to be embarking on the next phase of our journey with OPE and AIMCo, who share our vision of driving attractive growth and investment returns by consistently delivering an excellent entertainment experience for our customers. As the Company moves forward, I am confident that we will do so from a position of real strength. We will continue to build on this success by innovating, enhancing and growing the business through our continuing plan for organic growth supplemented by strategic acquisitions.”

About Vue Entertainment
Formed in May 2003, Vue Entertainment is a world class operator and developer of modern state-of-the-art multiplex cinemas. Following the recent acquisition of the Apollo UK circuit in May 2012, the takeover of CinemaxX in July 2012 and the pending acquisition of Multikino in May 2013, Vue is now operating over 1,300 screens across 146 multiplex cinemas in the UK, Ireland, Germany, Denmark, Portugal, Poland, Lithuania, Latvia and Taiwan. For further information visit www.myvue.com.

About OMERS Private Equity
Operating under the OMERS Worldwide brand, OMERS Private Equity (“OPE”) today manages the private equity activities of OMERS and has over $6 billion of investments under management. The group’s investment strategy includes the active ownership of businesses in North America and Europe. OPE is headquartered in Toronto, Canada, with offices in London and New York. For further information visit: www.omerspe.com.

This acquisition by OPE represents the 5th direct investment completed by the European team, led by Mark Redman and established in London in 2009, with over $1.3bn of OPE capital now invested. In 2011 OMERS PE acquired V.Group ($520m buy-out) the leading supplier of independent ship management services to the global shipping industry, and this followed the 2009 investment in Haymarket Financial ($700m start-up), a leading independent specialist provider of credit financing to middle-market European businesses. In June 2012, OMERS PE completed the acquisition of Lifeways (£207m buy-out), one of the UK’s leading providers of supported living, delivering specialist services for people with a range of disabilities and specific needs. Most recently in May 2013 OMERS PE acquired Civica (£390m buy-out), a leading provider of specialised software systems, cloud-based IT services and technical outsourcing.

About OMERS
OMERS is one of Canada’s largest pension funds with over $60 billion in net assets. It provides first-class pension administration and innovative products and services to over 400,000 members. Approximately one in every 20 employees working in the province of Ontario is an OMERS member. Through the OMERS Worldwide brand, our team of investment professionals uses a direct drive, active management investment strategy to invest in public and private market assets, including publicly-traded equities, fixed-income, infrastructure, private equity and real estate. For more information, please visit www.omers.com, or www.omersworldwide.com.

About Alberta Investment Management Corporation (AIMCo)
AIMCo is one of Canada’s largest and most diversified institutional investment managers with assets under management in excess of $70 billion. AIMCo was established on January 1, 2008 with a mandate to provide superior long-term investment results for its clients. AIMCo operates independently from the Government of Alberta and invests globally on behalf of 28 pension, endowment and government funds in the Province of Alberta, including the Alberta Heritage Savings Trust Fund. AIMCo is expanding its global private equity investments with a focus on direct transactions. For more information about AIMCo, visit www.aimco.alberta.ca.