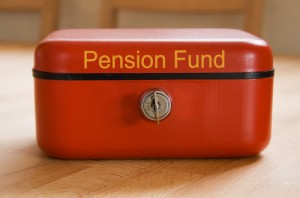 Ontario Municipal Employees Retirement System (OMERS) saw its net assets under management rise above the C$60 billion mark in 2012, increasing C$5.7 billion year over year. The Canadian pension fund said it posted a 10% return on its total investments last year, based on “strong performance in its private market portfolio.” OMERS’ overall private market portfolio had a 13.8% investment return, led by returns of 19.2% from the internally-managed buyout fund OMERS Private Equity.

TORONTO (February 22, 2013) — OMERS, one of Canada’s largest pension plans, today announced its 2012 financial results. OMERS net assets grew to $60.8 billion, rising by $5.7 billion in 2012 and by over $17 billion since the 2008 global credit crisis. Now in its 50th year, OMERS is an active, diversified investor, pension innovator, and an engine of economic growth and employment in Ontario and Canada.

OMERS total Plan investment return of 10% was driven by strong performance in its private market portfolio and solid public market performance in line with expectations and current market conditions. “OMERS had a strong year in 2012. The $5.7 billion increase in our net assets demonstrates the strength and robustness of OMERS business model with the capacity to generate growing investment cash yields and more than ample liquidity to withstand market shocks under stressed financial conditions,” said Michael Nobrega, OMERS President and CEO.

OMERS private market portfolio had a 13.8% investment return – with returns of 19.2% (OMERS Private Equity), 16.9% (Oxford Properties), 12.7% (Borealis Infrastructure) and negative 10.1% (OMERS Strategic Investments). OMERS Strategic Investments, which represents less than two and a half per cent of OMERS net investments, has its principal assets in Alberta’s oil and gas sector. The year-end valuation of these assets was negatively impacted as oil and gas prices fell to their lowest levels in five years.

In 2003 OMERS adopted its current strategic plan including an investment strategy designed to provide balance between public and private market assets and to generate long-term, stable cash flows while maintaining liquidity. The strategy has evolved to incorporate avenues for the growth of Plan assets and a “direct-drive” ownership model providing OMERS with greater control of its investments at a lower cost.

“As a pension plan we are focused on our ability to pay pensions to our members over the long term in spite of factors such as the increasing average age of Plan members, low interest rates and volatility in the public equity markets. Our strategy is continuing to evolve to provide us with a fortress-like balance sheet that enables the growth of our assets while maintaining the necessary liquidity to withstand market disruptions,” said Mr. Nobrega.

One of the key drivers of the strategic plan is OMERS asset mix. OMERS ended the year with 60% of its assets in the public markets and 40% in private market assets, compared with 82% public and 18% private before the new strategy was implemented nine years ago. Our long-term goal is to achieve a mix of approximately 53% public and 47% private market investments.

A second key driver is the strategic priority to directly own and actively manage investments rather than retaining external fund managers. OMERS ended the year with 88% of the portfolio now managed in-house, up from 74% five years ago. The long-term goal is to reach 95% of the portfolio managed internally.

OMERS has a strong and growing balance sheet, currently with more than $60 billion in net assets. In 2012, OMERS collected $3.2 billion in contributions and paid out $2.7 billion in benefits, clearly demonstrating its ability to meet its pension obligation in the short and medium term.

Annually the Plan makes a projection regarding its ability to pay pensions over the long-term. At the end of 2012, the total pension entitlements earned to date by all Plan members exceeded OMERS actuarial net assets by $10 billion, resulting in a funding deficit. This projected, long-term deficit is mainly the result of increasing liabilities and the impact of investment losses incurred as a result of the 2008 global financial crisis.

In 2010 OMERS implemented a plan aimed at eliminating the deficit over time through measures that include a contribution increase phased in over three years assuming a 6.5% net investment return on an annual basis.

“This deficit is based on a long-term projection going out several decades and in no way reflects our ability to pay pensions in the short term. Solid investment returns which have averaged 8.9% per year in the four years since the financial crisis, and 8.24% over the past 10 years, combined with contribution increases, are already having a positive impact on reducing the deficit. Sustained returns at this level could bring the Plan back to fully funded status earlier than anticipated,” said Patrick Crowley, OMERS Chief Financial Officer.

In 2012 OMERS marked its fifth time as one of Aon Hewitt’s 50 Best Employers in Canada, third year as Pension Fund of the Year: Canada (World Finance Magazine), and was named one of Canada’s Passion Capitalists.

A critical component of Canada’s retirement system, the OMERS defined benefit plan was created to provide financial security to municipal workers in Ontario and their families when they retire. Before OMERS, many municipal employers across the province did not participate in a pension plan to support their employees’ retirement. By bringing municipalities and local boards together, OMERS brought strength in numbers through a stable pooled investment fund with secure benefits. Since the first plan members enrolled in 1963, OMERS has grown into one of the country’s largest pension plans. Today, as OMERS enters its 50th year, Plan membership is at a new high of 429,000. For the 124,000 current retired members and survivors, the average annual pension being paid is approximately $18,600.