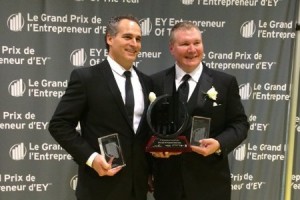 OMERS Private Equity (OPE) has agreed to sell Give and Go Prepared Foods Corp (Give & Go) to Thomas H. Lee Partners, a U.S. private equity firm. No financial terms were released; however, Reuters recently reported that Thomas H. Lee was close to acquiring Give & Go for a sum approaching US$800 million. Based in Toronto, Give & Go is a maker of branded and private-label baked goods. OPE bought the company from Kilmer Capital Partners in 2007. Michael Graham, OPE’s senior managing director, North America, said the deal marks the firm’s seventh exit in the last three years. He added that OPE has seen about three times its original investment in Give & Go.

Founded in 1989, Give & Go is a market leader in the North American bakery industry delivering value-added, branded and private label programs across a range of consumer segments including Mini-Treats, Cupcakes, and Better For You Snacking. Give & Go’s well-known offerings include its bestselling two-bite® and Kimberley’s Bakeshoppe® brands, and well-positioned Mason St. Bakehouse™, and The Worthy Crumb Pastry Co.™ brands.

OPE acquired Give & Go in 2007. Working together with the current management team, Give & Go more than doubled U.S. sales by executing on an aggressive expansion plan including the development of important partnerships with many leading supermarket retailers, and gained market share by providing these customers with innovative, on-trend products. Under OPE ownership, Give & Go made two strategic acquisitions as well as significant capital investments to support its growth. The company now operates four best-in-class manufacturing facilities in Toronto, Ontario.

Phillip Mauchel, Managing Director at OPE said, “This transaction represents the logical next step in Give & Go’s continued progress as an industry-leading platform. We are proud of our affiliation with the company and its CEO, Joel Flatt and COO, Todd Parsons. We have partnered with Joel and Todd since 2007, helping nearly double operational capacity, add exciting new product lines and expand sales channels in the US.”

Michael Graham, Head of North America, for OPE said, “Today’s announcement marks another successful realization in the OPE portfolio – the seventh exit in the last three years. Give & Go has performed very well as an investment for OMERS returning approximately 3X our original investment. We sincerely wish Joel and his entire team continued success.”

Joel Flatt, CEO of Give and Go, commented, “The OPE team have been great long-term partners, and have provided significant support to our growth agenda over the past decade. We are excited about our new partnership with THL who have an excellent track record, and are aligned with our own desire to build Give & Go through continued innovation leadership and an accelerated acquisition plan. I am confident that we found the right partners to aggressively expand and scale with more value-added consumer-driven programs.”

About Thomas H. Lee Partners, L.P.
Thomas H. Lee Partners, L.P. is one of the world’s oldest and most experienced private equity firms. The firm invests in growth-oriented businesses, headquartered principally in North America, across three broad sectors: consumer and healthcare, media and information services, and business and financial services. Since its founding in 1974, THL has raised over $20 billion of equity capital and invested in more than 130 businesses with an aggregate purchase price of more than $150 billion. THL strives to build great companies of lasting value and generate superior investment returns. For more information, please visit www.thl.com.

Photo courtesy of Give and Go Prepared Foods Corp