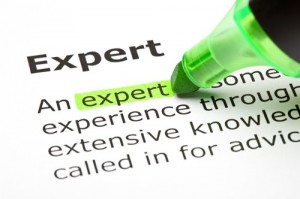 “We’re very excited to welcome Ken, Michael and Steven to our advisory board. Their expertise, experience and enthusiasm will be a huge asset as we work with entrepreneurs to build great companies we believe have the potential to become transformative, global leaders in their fields,” said John Ruffolo, CEO of OMERS Ventures.

Known for his innovation and visionary thinking, Mr. Nickerson is an active investor specializing in research and development, software engineering and business strategy. He is the CEO of private investment and R&D firm iBinary LLC. His many achievements include bringing Hotmail to Microsoft as GM of Microsoft Network Canada, early Internet and Network Management to Rogers as VP Development and research in emergent systems for banking and insurance. Mr. Nickerson is an active and past board member at companies including Kobo, Atomic Reach, Synbiota, Agora Mobile, Synaptop, SKULogix, docSpace, Chapters Online, OpenCola and several others. Mr. Nickerson is a member of the IEEE and ACM and is actively engaged in philanthropy focused on early education needs.

As site lead and engineering director at Google’s largest Canadian product development location in Kitchener-Waterloo, Dr. Woods is responsible for building and fostering a creative culture of innovation, engineering, and product delivery. He has led teams at Google in delivering projects central to Google’s worldwide mission – from advertising systems to consumer services in social, communications and retail areas. In addition to working on a volunteer basis with entrepreneurial organizations in the K-W area, Dr Woods previously founded several Silicon Valley companies including NeoEdge Networks (in-game advertising) and Quack.com (interactive voice services) – which was acquired by AOL/Time Warner. He holds a PhD in computer science from the University of Waterloo, and has received numerous engineering and academic awards including Waterloo’s J.W. Graham Medal in Computing and Innovation.

Michael Serbinis is a tech executive who has been involved in the founding and subsequent growth of four internet companies: Kobo, Critical Path, DocSpace and Zip2. Currently the founder and CEO at Kobo, a global leader in eReading, Mr. Serbinis has led Kobo from its inception to its sale to Japanese internet giant Rakuten for $315 million. The company now serves millions of readers in over 190 countries worldwide and is on the fast track to becoming a billion dollar company under his leadership. He is a member of the Founders Board at Round 13 Capital, the Board of Trustees at the Ontario Science Centre, and a member of the Young Presidents’ Organization (YPO).

OMERS Ventures (Twitter: @OMERSVentures) is the venture capital investment arm of OMERS, one of Canada’s largest pension funds with $55.1 billion in net assets. It is an initiative of OMERS Strategic Investments (OSI), an investment entity with a mandate to build long-term strategic relationships with like-minded partners. As both an institutional angel investor and a later-stage investor, OMERS Ventures is looking for successful companies with significant growth potential and market opportunities. We are seeking like-minded partners with a shared vision of building a vibrant and successful knowledge economy. For more information please visit www.omersventures.com.