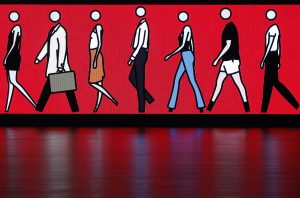 Adams Street Partners opened an office in Seoul and Chris Cho, who is joining the firm as a principal, will lead the new office.

Multicoin Capital, the Austin cryptofund that invests in blockchain tokens, named Vinny Lingham a general partner. Lingham is co-founder and CEO of Civic, a blockchain-tech company.

Congruex, a platform that provides design, engineering, construction and maintenance services to broadband network and utility operators, named Robert Vrij and John Schanz to the board. Vrij previously was senior vice president of Hewlett Packard‘s enterprises group and managing director of HPE Americas while Schanz is currently a senior adviser at BBH Capital Partners, Graham Partners and TDF Ventures. Congruex is backed by Crestview Partners.

Goldman Sachs BDC named Jaime Ardila chairman. A director of GS BDC since 2016, Ardila succeeds Ashok Bakhru, who had been chairman since 2013 and will retire at year’s end. Ardila for about 30 years was at General Motors, in several senior-management positions.

Sidley Austin: The law firm named Alexander Temel and William Schwab as partners in its private equity practice in Boston. Both previously were at Latham & Watkins. And Sidley Austin named Wim De Vlieger and Till Lefranc partners in the PE practice in London. Both were at Simpson Thacher & Bartlett.

Ziegler named Brian McGough a managing director for its healthcare investment banking team. McGough will be based in Chicago.

Catalyst Investors promoted Susan Bihler to partner. Bihler, who joined Catalyst in 2009 and was most recently a principal, is responsible for sourcing and executing investment opportunities in software, healthcare and business services sectors.

Northern Pacific Group promoted Corey M. Campbell to chief financial officer. Prior to joining the Wayzata, Minnesota, private equity firm a year ago as controller, Campbell was at Valspar Corp and Lurie LLP.