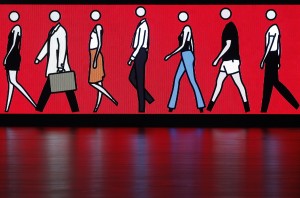 Adams Street Partners hired Kevin O’Donnell as a partner and global head of business development and investor relations. He also joins the executive committee. Previously, O’Donnell was a managing director at BlackRock.

Constitution Capital Partners, the Boston lower-mid-market private equity firm, hired Raymond Shih as an associate and Athilia Chau Banh as a staff accountant. Shih joins from Landmark Partners, where he served as an analyst, while Banh was a fund administrator at State Street Capital.

Hirtle Callaghan appointed Ranji Nagaswami CEO. Nagaswami earlier had been an operating partner and senior adviser at Corsair Capital and a strategist at Bridgewater Associates. From 2010 to 2012, she was an investment adviser to the administration of New York City Mayor Michael R. Bloomberg.

New Energy Capital Partners named Jeph Shaw and Ian Marcus principals in its Hanover, New Hampshire, office. Shaw was previously an associate with the firm while Marcus joins from Morgan Stanley, where he was a vice president on the solar desk within the North America power and gas unit in its commodities division.

Perella Weinberg Partners hired Mauro Rossi as a managing director for its advisory business. Rossi previously was at Morgan Stanley, in the post of executive director focused on M&A, strategic advisory, corporate restructuring and fundraising deals for clients in the insurance sector.

TA Associates said Michael Libert and Lee Mooney rejoined the firm as vice presidents based in Boston. Sarah Wang was named a VP, based in Menlo Park, California.

Woodstream Corp appointed Miguel A. Nistal president and CEO. Woodstream, a supplier of branded lawn and garden products, is a portfolio company of Vestar Capital Partners.

Hamilton Insurance Group, the Bermuda holding company for insurance and reinsurance operations, named Russell P. Fradin to the board. Fradin is an operating partner at Clayton, Dubilier & Rice. He is also the former president and CEO of SunGard Data Systems.

Vantage Drilling International, an offshore drilling contractor, named Ihab Toma CEO and a director. Since 2014, Toma has been a senior adviser to First Reserve Corp.