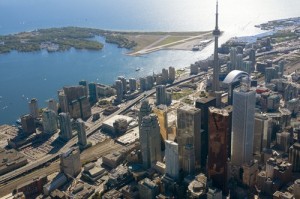 Toronto-based buyout firm Onex Corp. (TSX: OCX) announced that it has launched fundraising for its fourth partnership, Onex Partners IV, targeting a fund size of US$4.5 billion. Onex will be the largest limited partner with an early commitment of US$1.2 billion. The firm closed Onex Partners III in late 2011 at US$4.7 billion. Onex also reported that including realizations and distributions of about US$500 million, the value of Onex’ interest in Onex Partners’ and ONCAP’s investments grew by 20% and 16%, respectively, in the six months ended June 30, 2013.

All amounts in U.S. dollars unless otherwise stated

Toronto, August 8, 2013 – Onex Corporation (“Onex”) (TSX: OCX) today reports on activities for the second quarter and six months ended June 30, 2013 and provides an update on matters following quarter-end. Onex has not filed its Consolidated Financial Statements on SEDAR today as Spirit AeroSystems Holdings, Inc. (“Spirit AeroSystems”), an Onex subsidiary, has not yet filed its quarterly results.

Onex acquired Emerald Expositions, one of the largest operators of business-to-business tradeshows in the U.S., in a transaction valued at $950million.
Carestream Health distributed $750 million to shareholders, of which approximately $300 million was Onex’ share.
ONCAP sold BSN SPORTS, resulting in a multiple of capital invested of 4.2 times and proceeds to Onex of $103 million.
Including realizations and distributions of approximately $500 million, the value of Onex’ interest in Onex Partners’ and ONCAP’s private investments grew by 20% and 16%, respectively, in the six months ended June 30, 2013.
Onex’ capital per share grew by 9% and 18% in the six and twelve months ended June 30, 2013, respectively, to $45.27.
Year-to-date through July 31, 2013, Onex repurchased 1,113,500 shares for approximately C$50 million at an average cost per share of C$44.75.
Onex launched the fundraising for Onex Partners IV, targeting a fund size of $4.5 billion, of which Onex will be the largest limited partner with a commitment of $1.2 billion.

Building our Businesses
“Over our 29-year history, we’ve developed a successful approach to private equity investing,” said Gerry Schwartz, Chairman and Chief Executive Officer of Onex. “We pursue businesses with world-class core capabilities and strong free cash flow where we’ve identified an opportunity, in partnership with company management, to effect change and build market leaders. Our acquisition and ownership of both Carestream Health and BSN SPORTS embody this approach.”

“From the time we carved out Carestream from Kodak in 2007, we’ve worked closely with the company’s talented management team to develop a stand-alone infrastructure, optimize corporate costs, grow the medical and dental digital businesses, all while continuing to maximize the cash flow generated by the film business,” continued Mr. Schwartz. “Over the years, Carestream’s significant free cash flow generation has allowed the company to make several distributions, with this most recent refinancing allowing us to further crystallize value created under our ownership.”

During the second quarter, Carestream raised approximately $2.4 billion of funded debt, primarily to refinance existing debt and to fund a $750 million distribution, of which Onex’ share was about $300 million. Including prior distributions, Onex has received 265% of its initial equity investment and still owns its entire original equity stake in a business generating almost $200 million of free cash flow.

In June, ONCAP sold its investment in BSN SPORTS. Over the course of our three-year ownership, ONCAP and its partners grew the business through accretive acquisitions, a re-branding initiative and the expansion of sales resources, all while improving efficien¬cies throughout the organization. The successful execution of ONCAP’s investment thesis resulted in a return of approximately 4.2 times capital invested and net proceeds of $103 million to Onex. ONCAP thoroughly enjoyed the partnership with BSN’s CEO, Adam Blumenfeld, and his team, who have accomplished so much during the last three years. We wish them ongoing success as they continue to grow this great company.

Following quarter-end, Allison Transmission priced a secondary offering to the public of 19.1 million shares of common stock at $22.00 per share and repurchased 4.7 million shares directly from Onex and its partner, The Carlyle Group, resulting in a total sale of 23.8 million shares. Net proceeds from the offering to the Onex Partners II Group will be approximately $252 million, of which Onex’ share will be about $84 million, including carried interest. Pro forma for the offering, Onex and Carlyle will collectively own 70% of Allison Transmission.

By transforming good businesses into industry leaders, Onex has generated a 29-year gross IRR of 28% and an average multiple of 2.9 times capital invested from realized, substantially realized and publicly traded investments.

As we build value at our existing businesses, we continue to look for new acquisition opportunities. In June, we completed the acquisition of Nielsen Expositions, now operating as Emerald Expositions, investing approximately $350 million, of which Onex’ share was about $85 million as a limited partner in Onex Partners III.

In addition to Onex’ commitment to every investment, the team is heavily invested in everything we own. At June 30, 2013, the value of the team’s investment in Onex shares and its businesses was approximately $1.7 billion.

We continue to grow our credit investing platform and are accumulating assets in a warehouse in anticipation of a fourth CLO offering. Our credit team and platform give us the capability to place a number of offerings each year should market conditions remain attractive. Recurring management fees from CLOs and other credit products create additional value for Onex shareholders.

Creating Value for Shareholders
Including realizations and distributions of approximately $500 million, the value of Onex’ interest in Onex Partners’ and ONCAP’s private investments grew by 20% and 16%, respectively, in the six months ended June 30, 2013. Overall, Onex’ capital per share grew by 9% and 18% in the six and twelve months ended June 30, 2013, respectively, to $45.27 or C$47.61.

Attached is the “How We Are Invested” schedule, which details Onex’ $5.4 billion of capital and provides private company performance information.

Consolidated Results
The Company will provide Unaudited Interim Consolidated Balance Sheets, Statements of Earnings, Statements of Cash Flows and information by industry segment for the quarter ended June 30, 2013 and 2012 as prepared under International Financial Reporting Standards once Spirit AeroSystems has reported its second-quarter results. The complete financial statements, including Management’s Discussion and Analysis of the results, will be posted on Onex’ website (www.onex.com) and will be available on SEDAR (www.sedar.com) at that time.

Webcast
Onex management will host a conference call to review Onex’ second-quarter 2013 activities on Thursday, August 8 at 11:00 a.m. ET. A live webcast of this conference call will be available in listen-only mode on its website, www.onex.com.

About Onex
With offices in Toronto, New York and London, Onex is one of the oldest and most successful private equity firms. Onex acquires and builds high-quality businesses in partnership with talented management teams. The Company has approximately $16 billion of assets under management, including $5 billion of Onex capital, in private equity, credit securities and real estate. Onex invests its capital directly and as a substantial limited partner in its Funds.

Onex’ businesses have assets of $45 billion, generate annual revenues of $36 billion and employ approximately 236,000 people worldwide. Onex shares trade on the Toronto Stock Exchange under the stock symbol OCX. For more information on Onex, visit its website at www.onex.com. The Company’s security filings can also be accessed at www.sedar.com.