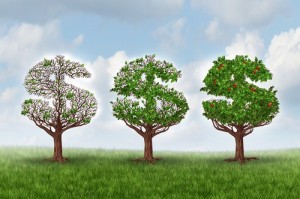 Spring is here, along with a welcome thaw to end a brutal winter. That is perhaps an apt metaphor for private equity fundraising, which also appears to be warming up.

Fund IV has been wrapped up with US$5.15 billion in total capital committed. According to Onex, it is the largest fundraise in its history. Capital committed is also 14% more than Fund IV’s target of US$4.5 billion. That target was originally set below the US$4.7 billion raised by Onex Partners III LP in 2009.

As anticipated in a January report by Buyouts senior editor Steve Gelsi, Onex also completed its latest partnership well ahead of schedule. A mix of new and existing LPs signed on, including several major public employee pension plans and sovereign wealth funds.

The close of Onex Partners IV comes at a time of intensifying fund-raising in the U.S. market. Buyouts recently reported that American buyout, mezzanine and other PE firms took in US$39.1 billion in the first quarter, up 50% year over year. That’s on top of the US$185.8 billion raised in 2013—the fourth best annual tally on record.

2013 was also a banner year for Canadian buyout, mezzanine and other PE firms, which attracted $16.1 billion in capital commitments, the highest level since 2006. This activity appears to have been sustained in the early months of 2014, with fund closings announced by Annapolis Capital, Bonnefield Financial, Clairvest Group, Imperial Capital Group, Ironbridge Equity Partners and West Face Capital, to name only a few.

Like Onex Partners IV, many PE funds appear to be oversubscribed. As reported by peHUB Canada, Clairvest’s fifth partnership, Clairvest Equity Partners V, raised a remarkable 86% of its $600 million hard-cap target in its initial close. Jeff Parr, the firm’s co-CEO and managing director, attributed this success partly to the influence of higher public market values and stronger exits on fund-raising conditions.

Onex’s fund-raising doubtless benefited from a string of lucrative exit announcements. These include the pending sale of industrial conglomerate Gates Corp to Blackstone Group for US$5.4 billion. Upon the completion of the sale, Onex said it and Canada Pension Plan Investment Board will have received aggregate proceeds of around US$4.7 billion, resulting in a multiple on capital invested of about 2.2x and a return of about 26% per annum.

Onex is also in the process of selling The Warranty Group, a provider of extended warranty contracts, to TPG Capital. That transaction is valued at approximately US$1.5 billion.

Over its 30-year history, the firm has generated a gross internal rate of return of 28% and a gross multiple of 3.0x capital invested from realized, substantially realized and publicly traded investments.

With the the completion of its latest partnership, capital managed by the Toronto-based Onex totals US$21 billion.