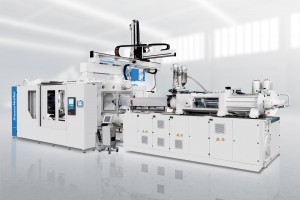 Canadian private equity firm Onex Corp has agreed to sell KraussMaffei Group, a German manufacturer of plastics processing machinery, to a group of investors that includes China National Chemical Corp (ChemChina). The deal has a cash enterprise value of €925 million (US$1.0 billion) and is expected to wrap up during the first half of this year. Onex acquired a majority position in Munich-based KraussMaffei from Madison Capital for €276 million in December 2012. It was the firm’s first European deal since the opening of Onex’s office in London the same year. With the company’s sale to ChemChina, Onex expects to receive proceeds of about €670 million (US$729 million).

Toronto, January 10, 2016 – Onex Corporation (“Onex”) (TSX: OCX) and its affiliates (the “Onex Group”) today announced they have agreed to sell KraussMaffei Group to China National Chemical Corporation (“ChemChina”) for a cash enterprise value of €925 million. The transaction is expected to close in the first half of 2016 subject to customary closing conditions.

“Over the past several years we’ve worked closely with KraussMaffei Group’s management team to improve the performance of the company, further strengthening its leadership position in the global plastic and rubber processing industries,” said David Mansell, a Managing Director of Onex. “We’re proud KraussMaffei Group was our first European-headquartered company since opening our London office in 2012. We’d like to thank all of KraussMaffei Group’s employees and management for their dedication and hard work.”

“We are grateful for Onex’ support of KraussMaffei Group, which included significant investments in key geographic regions and new product developments allowing us to achieve strong operating performance and has set the foundation for further growth,” commented Frank Stieler, CEO of KraussMaffei Group.

About Onex
Onex is one of the oldest and most successful private equity firms. Through its Onex Partners and ONCAP private equity funds, Onex acquires and builds high-quality businesses in partnership with talented management teams. At Onex Credit, Onex manages and invests in leveraged loans, collateralized loan obligations and other credit securities. The Company has approximately $22 billion of assets under management, including $6 billion of Onex’ proprietary capital, in private equity and credit securities. With offices in Toronto, New York and London, Onex invests its capital through its two investing platforms and is the largest limited partner in each of its private equity funds.

Onex’ businesses have assets of $36 billion, generate annual revenues of $24 billion and employ approximately 146,000 people worldwide. Onex shares trade on the Toronto Stock Exchange under the stock symbol OCX. For more information on Onex, visit its website at www.onex.com. The Company’s security filings can also be accessed at www.sedar.com.