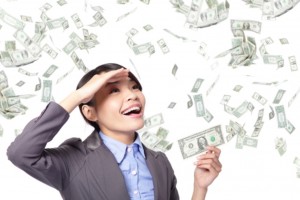 (Reuters) – RRJ Capital, a Hong Kong firm led by prominent Asia dealmakers the Ong brothers, has raised $3.5 billion for its second fund, a source with knowledge of the matter told Reuters, making it the second-largest Asia Pacific-based private equity fund ever raised.

The firm – run by Malaysia-born Richard Ong, formerly of Goldman Sachs Group Inc, and Charles Ong, who worked for Temasek Holdings Pvt Ltd and Lazard – is expected to finalise the fund in early March, after setting out to raise $5 billion, the source said.

Among Asia Pacific-based private equity funds, the fund is second only to the $4.1 billion raised by Australia’s Pacific Equity Partners in 2008, according to data provider Preqin.

Investors in private equity in Asia have tightened their purse strings, disappointed with returns from the last batch of funds they seeded in the region in 2006 and 2007.

The second half fundraising figures, according to AVCJ, are the lowest six-month figures since 2009, when the global financial crisis put a dent in fundraising around the world.

Reuters recently reported that global buyouts fund KKR & Co LP was oversubscribed on its regional fund for $6 billion, the largest amount ever raised for an Asia-focused fund, according to Preqin data, although Pacific Equity Partners and RRJ are the top fundraisers among Asia Pacific-based partnerships.

RRJ Capital, founded by Richard Ong, raised its first fund of $2.3 billion in 2011 and has rapidly invested most of that money.

The firm recently acquired around 70 percent of Hong Kong-based Kingkow, a privately held children’s clothing retailer, for an undisclosed amount. Shortly before that, it invested $150 million in the rights issue of Singapore commodity firm Olam International Limited, the source said.

The firm also invested $50 million last year in Triplex, a company that makes kits to test for hepatitis, cervical and lung cancer, and other diseases.