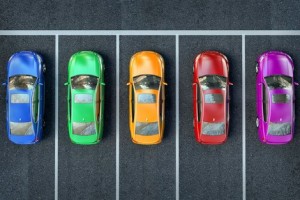 VANCOUVER, Oct. 1, 2015 /PRNewswire/ – Imperial Parking Corporation (“Impark”), one of North America’s leading parking operators, today announced it has completed the acquisition of the assets of San Francisco Parking, Inc. (“City Park”), a parking management company based in San Francisco, California. City Park operates 85 parking facilities in the San Francisco Bay Area including a number of the area’s most prestigious hotels, hospital facilities, and Levi Stadium in Santa Clara. The terms of the transaction were not disclosed.

City Park was founded in 1953 by Nicholas and Stephen Leonoudakis, and has been managed for a number of years by the founders’ son and nephew, City Park’s CEO, Tim Leonoudakis, who will continue to be involved in the business on an ongoing basis. Commenting on the transaction, Mr. Leonoudakis stated, “The company is truly a family concern which has grown from being one of the first to operate professional parking in the Bay Area, to currently serving over 16,000 patrons daily. In selling our family business we were looking for a buyer who would continue the commitment to serving clients and parking customers, and we have every confidence that Impark is an extremely capable custodian for the company going forward.”

The acquisition of City Park makes Impark the largest parking operator in the San Francisco Bay Area, and solidifies its position as one of the foremost parking management companies in North America. Allan Copping, Impark’s Chief Executive Officer, said of the transaction, “We are very pleased to have completed the acquisition of such a well-respected San Francisco company, and look forward to continuing to deliver on its long standing service reputation”.

Impark plans to continue to operate the business with the same day-to-day management team.

Imperial Parking Corporation (Impark), with U.S. headquarters in Philadelphia, PA and corporate headquarters in Vancouver, B.C., Canada, is one of the largest parking management companies in North America with approximately 2,600 locations, and over 5,000 employees. http://www.impark.com