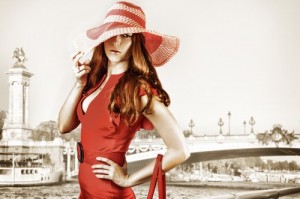 Berlin-based Zalando, which has brought on board several new investors over the last year as it seeks to fund expansion, said on Wednesday OTPP took the stake as part of a 4 percent capital increase at the group.

Zalando managing director Rubin Ritter declined to give the amount paid by OTPP for the 2 percent stake.

He told Reuters the new investor would not change Zalando’s strategy, but that the fresh funds from OTPP would allow it to work on expanding its market share and reaching break-even.

Zalando last year made a loss before earnings and tax of around 80 million euros ($108 million) on sales of 1.15 billion.

“It does bring a new dimension though. As a large fund, OTPP is a new kind of investor for Zalando,” Ritter said, adding that the fund had experience in the retail sector.

OTPP is invested in other retailers like Helly Hansen and Michael Kors and recently took a stake in Chinese online shopping mall 360Buy.

Online retail sales in Europe are seen doubling by 2018 to 323 billion euros with Germany, Britain and France remaining by far the biggest markets, according to market research firm Mintel.

The capital increase means the stakes of the other investors have been “slightly diluted”, Ritter said, without giving further details.

There has been speculation that Zalando will look to float on the stock market soon, but Ritter said this was more of an option further down the line.

“In the medium term, it could be a very attractive option for us and as a company we have to make sure that we are ready for the stock market, but this stance has not changed as a result of OTPP coming on board.”

He said Zalando was working to reach profitability in the 14 countries where it is currently active, rather than expand in new markets.