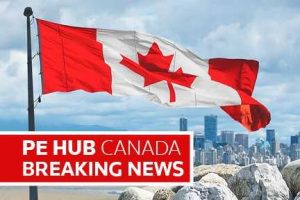 Ontario Pension Board (OPB), the administrator of Ontario’s Public Service Pension Plan, reported an investment return of 10.8 percent for last year, exceeding its portfolio benchmark by 0.4 percent. Income from investments, which reached $2.5 billion in 2017, helped push OPB’s net assets to $26.4 billion. OPB continued shifting assets from public to private markets in 2017, increasing its infrastructure portfolio by 15.8 percent, its private equity portfolio by 53.5 percent, and its real estate portfolio by 18.1 per cent. Since last July, OPB’s investing has been overseen by the Investment Management Corp of Ontario (IMCO).

TORONTO, March 21, 2018 /CNW/ – Ontario Pension Board (OPB), the administrator of Ontario’s Public Service Pension Plan (PSPP), ended 2017 with an annual investment return of 10.8 per cent, a value add of 0.4 per cent over its benchmark. This solid return helped the Plan maintain its funded status at approximately 97% even after taking measures to protect the long-term health of the Plan. OPB added to the expected cost of benefits by increasing expectations regarding longevity and by lowering the expectations for future investment returns. Net investment income during the year amounted to $2.5 billion and net assets grew to $26.4 billion at year end.

“I am very pleased with our strong performance and investment return in 2017 – the first partial year our portfolio has been managed by the Investment Management Corporation of Ontario (IMCO). We believe that pooling our assets under IMCO’s management will help us earn higher returns going forward than we could on our own and improve our direct access to a wider range of high-quality investment opportunities,” said Mark Fuller, President and CEO of OPB.

OPB’s full 2017 Annual Report, including Management’s Discussion & Analysis and Audited Financial Statements will be posted on www.opb.ca after the President of the Treasury Board tables it with the Legislative Assembly.

Ontario Pension Board (OPB) administers Ontario’s Public Service Pension Plan (PSPP), a defined benefit pension plan serving approximately 44,000 active members and their employers, as well as more than 43,000 retired and former members. With $26.4 billion in net assets under management, the PSPP is one of Canada’s largest pension plans. It’s also one of Canada’s oldest pension plans, successfully delivering the pension promise since the early 1920s. To learn more about OPB, visit www.opb.ca.