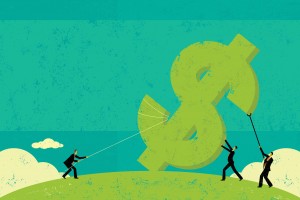 OpenGate Capital, a turnaround specialist that has acquired a succession of companies over the past few years, has raised about half of the $300 million it seeks in a first close of its maiden fund, according to a person with knowledge of the situation.

It is not exactly clear when the firm officially launched fundraising. But OpenGate has been talking to potential limited partners about its debut vehicle since last year, Buyouts previously reported.
A Form D filed with the SEC on July 16 shows OpenGate is working with UBS as placement agent.

Investors have been taking a close look at the fund in part because of the firm’s track record investing its own money since its founding by Andrew Nikou, a former Platinum Equity executive, in 2005.

The GP is kicking in a comparatively high commitment of more than 8 percent, the person said.

The main principals “have been investing their own dough for the better part of nine years,” an LP who heard OpenGate’s fund pitch told Buyouts in a previous interview.

The firm invests in lower-middle-market businesses, many of which result from carve-outs of orphan units no longer considered core by their parent companies.

“These guys are basically taking problems off the sellers’ hands, sometimes for nothing or just de minimis equity investments,” an investor with knowledge of the firm told Buyouts in a previous interview. “The fact that some of these deals end up dying isn’t quite as surprising.”

Indeed, OpenGate has lost at least four of its portfolio companies in recent years, including PennySaver USA, which shut its doors in May after its lender cut off funding. OpenGate-backed Hamilton Scientific, Fusion Paperboard and Golden Guernsey Dairy met similar fates.

But the firm has also had its wins. The sale earlier this year of specialty paper manufacturer Kotkamills Oy produced a strong return on a small equity investment, according to the investor. “It was a crazy return for them.”

The firm continues to do deals even as it raises its first fund. In one of its more recent transactions, OpenGate-backed Kem One Group, owned jointly with European chemicals industry veteran Alain de Krassny, acquired Kem One Innovate Vinyls, which produces PVC-related products. The seller was The Klesch Group.

“The acquisition of Kem One Innovative Vinyls is an important addition to our cluster of highly synergistic and complementary businesses within Europe’s PVC industry that serve a multiple of markets and customers throughout the world,” Nikou said in the statement.