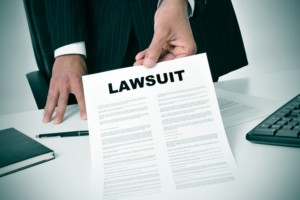 The employees claim they are owed salary, commissions, bonuses, accrued holiday pay, accrued vacation pay, pension and 401(k) contributions and other benefits for the 60-day WARN Act period, according to the complaint. The suit does not seek a specific dollar amount.

A judge must decide whether to certify the class.

Employees in the Wisconsin headquarters received WARN Act notices on March 5, but were then told they were being put on “paid” furlough during a town hall meeting with senior managers on March 12, according to two former employees who spoke to peHUB. Employees were told the company intended to pay them but needed to come up with funding, the employees said.

Some employees have been paid up through the first week of the WARN Act period, according to one former employee. Corporate expenses have not been reimbursed, the employee said.

Hamilton and OpenGate denied the claims in a May 26 filing, presenting eight points of defense, including that the business was forced to close due to unforeseeable circumstances. Those circumstances include the company being evicted from its Round Rock, Texas, facility, according to a person with knowledge of the case. It’s not clear when or why the company was evicted from the facility – nor is it clear why an eviction from the Texas facility would lead to a shutdown of the entire company.

“Business circumstances that were not reasonably foreseeable” is one of two exemptions the company is citing in denying the claims. The other is “faltering company,” in which making a WARN notification could prevent the business from finding a way to continue operating, according to the filing.

Both exemptions require a company to give employees as much notice as possible, and an explanation of why the shorter notice period is required, according to an article about the WARN Act written by Todd Dawson, a partner at law firm BakerHostetler.

Defendants also argued that even if employees were not provided with appropriate WARN Act notification, their claims are barred and damages limited to the extent they were provided with “pay-in-lieu-of-notice,” according to the court filing.

Hamilton and OpenGate also argue they are not a single employer. The single employer question is usually the first battle that takes place in a WARN Act class action, according to Stuart Miller, partner at Lankenau & Miller, one of the plaintiffs’ attorneys.

“In any other state except California you need to prove” the single employer test, Miller said. The defense argument is usually, “we owned it, but we didn’t run it,” he said.

The plaintiffs say Hamilton and OpenGate were a so-called single employer because OpenGate owned 100 percent of Hamilton; Hamilton’s CEO, Jack Roberts, was an employee of OpenGate; and Roberts was paid by OpenGate “to run Hamilton solely for the benefit of OpenGate,” the filing said.

Hamilton and OpenGate denied Roberts ran Hamilton solely for the benefit of OpenGate, according to the response filing. Terry Fahn, a spokesman for OpenGate, declined to comment further.

OpenGate acquired Hamilton Scientific , which had been a unit within Thermo Fisher Scientific, in 2012 for about $13 million, sources said in prior interviews.

OpenGate sued Thermo Fisher Scientific in 2013 for allegedly concealing that a Hamilton Scientific manufacturing plant in Mexico was being used by a drug cartel. That lawsuit continues to make its way through U.S. District Court in Delaware.