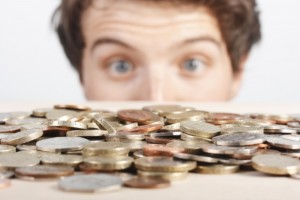 OpenGate Capital, the firm famous for buying TV Guide for $1, is in the market targeting $300 million for its debut fund, according to two people with knowledge of the situation.

OpenGate has been gauging limited partner interest in a fund for months. It isn’t clear when the firm formally began fundraising. peHUB reported on OpenGate’s talks with potential LPs last year.

Alanna Chaffin, a spokeswoman for OpenGate, did not respond to an email seeking comment.

“What’s interesting about them is – unlike a lot of first-time funds, with people coming from different places – the … main principals … have been investing their own dough for the better part of nine years,” one LP, who has heard OpenGate’s fund pitch, told Buyouts for a previous story.

Andrew Nikou, OpenGate’s founder, chief executive and managing partner, launched the firm in 2005. Nikou came from Platinum Equity, where he worked in the Paris office prior to founding OpenGate.

It’s not clear what kind of track record OpenGate is touting, but the firm has been investing for some time, including acquiring iconic names like TV Guide. The firm bought the company in 2008 for $1, plus about $50 million in assuming liabilities.

Last year, the firm decided to shut down one of its investments, a paper mill company called Fusion Paperboard that had facilities in Connecticut and Kentucky. It’s not clear why the firm shut down Fusion, but one person with knowledge of the investment said the firm did not lose money on the deal.

Rather than go through bankruptcy, Fusion Paperboard has been liquidating its assets, and sold some of its equipment to a portfolio company of Sun Capital Partners last year.