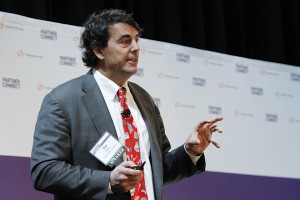 Opponents of a long-shot plan to break California into six states demanded an investigation on Thursday into the signature-gathering techniques used by proponents trying to put their proposal before voters in 2016.

The complaint comes days after a group led by billionaire venture capitalist Tim Draper submitted 1.3 million signatures to California Secretary of State Debra Bowen, more than enough to place the measure on the ballot.

“They had to use every trick in the book to get people to sign, and apparently they crossed the line in several instances,” said Democratic political consultant Steve Maviglio, who with a Republican colleague is heading a campaign against the initiative. “This is a very difficult sell.”

Draper, a founder of a Silicon Valley-based venture capital firm that has invested in Twitter, Skype and Tesla, has agitated for months for a ballot initiative to chop the most populous U.S. state into smaller entities.

But after two newspapers reported that several voters had complained of dishonest tactics by signature gatherers for the effort, Maviglio’s group asked Bowen to investigate.

One voter, cited by the San Jose Mercury News, wrote to say she was approached by a petition gatherer who said California Attorney General Kamala Harris supported the plan, when in fact she does not.

Another, also cited in the story, said a petition gatherer told her the petition was to oppose the measure, rather than support it.

Political consultant Mike Arno, whose company gathered the signatures, was not immediately available for comment.

A spokesman for the Six Californias campaign said he expected all the signatures were gathered properly.

Draper, who has funded the campaign, says his plan would create a more business-friendly environment, solve the state’s water issues and ease traffic congestion.

But the idea has raised bipartisan hackles across the state, and opponents say it stands little chance of gaining voter approval. Even if it does, it must still be passed by Congress, which opponents say is also unlikely.

One state, Silicon Valley, would include the tech hub and the San Francisco Bay Area. The state of Jefferson would encompass the northernmost region. Sacramento would be in North California, while South California would include San Diego and the eastern suburbs of Los Angeles.

Los Angeles would be part of West California. Central California would include the state’s main agricultural region.