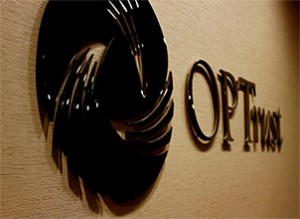 OPTrust, the investor and manager of the OPSEU Pension Plan, has reported net investment income for 2015 of $1.4 billion, resulting in a net 8 percent return. This helped to increase the Toronto-based pension plan’s total net assets to $18.4 billion at the end of December, compared to $17.5 billion a year ago. Private equity investments accounted for 9.2 percent of total assets last year, and returned 14.4 percent, according to OPTrust’s 2015 financial statements. Infrastructure investments accounted for 12.8 percent of total assets, and returned 7 percent.

TORONTO, March 14, 2016 /CNW/ – OPTrust, one of Ontario’s top five public sector pension plans, today reported its 2015 results, with the Plan remaining fully-funded. The OPSEU Pension Plan has been in a continuous net surplus position since 2009.

OPTrust also received top marks for its services to the Plan’s membership. In 2015, members and retirees rated their satisfaction with the service they received at an average score of 9.2 out of 10.

Net investment income for 2015 was $1.4 billion, and after collecting contributions of $522 million and paying $897 million in benefits, the Plan’s net assets increased to $18.4 billion at year-end ($17.5 billion as at December 31, 2014). OPTrust achieved an investment return of 8.0% for the total fund, net of external management fees. On average, 73 cents of every pension dollar paid by the Plan is generated by investment returns with the other 27 cents being funded by member and employer contributions. The Plan’s costs in 2015 were 43 basis points.

“As a member-driven pension delivery organization, our primary goal is to ensure that our plan remains in a fully-funded position,” said Hugh O’Reilly, President and CEO of OPTrust. “Along with delivering solid results in a challenging economic environment, we took key steps in 2015 to enhance the likelihood of long-term sustainability and certainty for our members.”

OPTrust remained fully-funded in 2015 while continuing its practice of strengthening its actuarial assumptions to enhance the long-term funding health of the Plan. The Plan’s discount rate was lowered to 5.55% (3.55% real), reflecting an expectation of lower long-term investment returns.

The valuation also identified $1.1 billion in deferred investment gains, compared to $1.2 billion at the end of 2014. These gains will be recognized between 2016 and 2019, further improving the Plan’s funded status.

In the context of ongoing market volatility, economic uncertainty and persistent low interest rates, OPTrust developed a new investment strategy: member-driven investing (MDI). This new strategy has a singular focus – to maintain the Plan’s fully funded status – and is designed to better align outcomes with members’ needs. MDI seeks to earn a return high enough to maintain plan sustainability, while employing risk purposefully and efficiently so that benefit and contribution levels remain as stable as possible.

More detailed information about OPTrust’s 2015 results and strategy is available in its annual report, available at optrust.com.

With assets of $18.4 billion, OPTrust invests and manages one of Canada’s largest pension funds and administers the OPSEU Pension Plan, a defined benefit plan with almost 87,000 members and retirees. OPTrust was established to give plan members and the Government of Ontario an equal voice in the administration of the Plan and the investment of its assets, through joint trusteeship. OPTrust is governed by a 10-member Board of Trustees, five of whom are appointed by OPSEU and five by the Government of Ontario. www.optrust.com