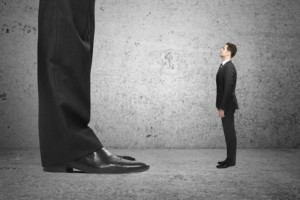 These days, much chatter in the limited partner world revolves around a mid-sized pension system in California that is attempting to change the private equity world.

Hyperbole? Perhaps. But let me explain:

The Orange County Employees’ Retirement System, which has about $11 billion in assets under management, along with the CIOs of smaller pension funds around California, is looking for a firm to run a private equity fund of funds that is intended to include capital from a consortium of small- to mid-sized institutions.

The idea is, pooling money from institutions that would normally have little voice or leverage with GPs could give the group strength of access and investing power to negotiate better economics.

“We expect that this pro-competitive process will inherently heighten fee-sensitivity in the industry, foster greater competition in the California pension market, and compel fees lower through a spirited competition from high-quality firms,” according to Orange County Employees’ request for proposals, pointing out that while important, lower fees are not the top priority of this unique effort.

Orange County and other, unnamed CIOs (known as the “working group” in the RFP) have run a competitive process for several months. I’ve heard from sources the finalists for the mandate included Abbott Capital, Pantheon and Capital Dynamics. Each of the firms declined to comment about the situation.

The system has made a “provisional selection” of one of the finalists, which is now undergoing due diligence, according to Girard Miller, chief investment officer of the Orange County Employees’ Retirement System. The system expects to announce the winner at the March 26 investment committee meeting, Miller said.

It’s not clear how many other systems are part of this consortium or who they are. Miller and an Orange County Employees spokesperson declined to discuss details.

Orange County came up with the idea with other California pension CIOs who are part of the California Association of Public Retirement Systems. The association includes state, county and city pension systems, as well as district plans, the University of California Retirement Plan and the San Luis Obispo Pension Trust, among others.

According to the request for proposal, the consortium potentially could invest $400 million to $500 million or more annually in private equity. That number could increase if the consortium adds retirement systems from outside of California, the RFP said.

Each of the participating pension systems’ investment committees has to approve the firm that wins the mandate, the RFP said.

The exact structure of the products submitted for review are not clear, but submissions could include a fund of funds for California-only pension funds or for public pension funds with a first close for California plans. Bidders could submit, along with the mandatory core private equity fund of funds, additional funds for secondaries, buyout-specific or venture-specific managers, the RFP said.

I’ve seen this effort described as a potential “game changer” for the private equity industry — a way to help small plans get the kinds of economic and access benefits only enjoyed by the big investors. It will be interesting to see how this plays out. First on the list is to figure out which lucky firm gets to dive into this brave new world.