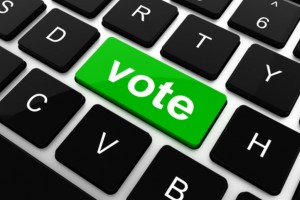 Pantheon is the finalist to run an innovative private equity fund of funds that is expected to bundle capital from the Orange County Employees Retirement System and a group of small and mid-sized institutional investors.

The Orange County investment committee is set to vote Wednesday on a recommendation to commit $50 million to $100 million to Pantheon for the 2014, 2015 and 2016 vintage years as the first step in setting up the fund of funds product. The specific amount will be determined at future meetings, according to a public agenda from Orange County Employees pension fund.

Other pension funds that want to commit capital to the fund of funds would also need to approve the selection of Pantheon, according to the request for proposal document from Orange County. It was not clear how many other systems are considering joining the effort.

The idea behind the fund of funds is that pooling money from institutions that would normally have little voice or leverage with GPs could give the group strength of access and investing power to negotiate better economics.

“We expect that this pro-competitive process will inherently heighten fee sensitivity in the industry, foster greater competition in the California pension market, and compel fees lower through a spirited competition from high-quality firms,” according to Orange County Employees’ request for proposals, pointing out that while important, lower fees are not the top priority of this unique effort.

Orange County came up with the idea with other California pension CIOs who are part of the California Association of Public Retirement Systems. The association includes state, county and city pension systems, as well as district plans, the University of California Retirement Plan and the San Luis Obispo Pension Trust, among others.

According to the request for proposal, the consortium potentially could invest $400 million to $500 million or more annually in private equity. That number could increase if the consortium adds retirement systems from outside of California, the RFP said.