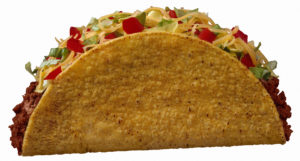 Pacific Bells’ founder and CEO, Tom Cook, and the entire management team will maintain a significant minority stake in the company and will continue to operate the restaurants. Terms of the transaction were not disclosed.

“Our investment approach is highly flexible, and we aim to partner with founders and management teams to create structures that ensure an alignment of interests over the long term and the acquisition of Pacific Bells is very consistent with that philosophy,” said Alan Goldfarb, founder and managing director of New York-based Orangewood.

Orangewood, Goldfarb said, had gotten to know the Taco Bell franchisee’s management team and founder over “many years” before a chance to transact emerged.

“When this opportunity came up, we both viewed it as a true partnership opportunity,” he said. “Given the substantial roll-over by management, we see this transaction more as a management buy-out than anything else.”

Launched in 1986 with the first store in Tualatin, Oregon, Pacific Bells has grown to over 250 restaurants in nine states – Alabama, Arkansas, California, Mississippi, Ohio, Oregon, Tennessee, Washington and Wisconsin.

“Our new partnership with Orangewood, an experienced, long-term investor with a focus on the quick-service restaurant sector, will help continue the expansion of our Taco Bell portfolio and create more growth opportunities for our talented and dedicated employees,” said Cook.

Goldfarb called Pacific Bell a “prized asset within the Taco Bell system” that it will look to build upon.

“The opportunity is to grow the business organically, through new unit builds, as well as acquisitions,” both in existing markets and new ones, he said. “The Taco Bell system remains very fragmented and there’s ample opportunity to acquire new stores.”

Goldfarb is not too worried about potential economic headwinds such as inflation or supply-chain problems.

“The Taco Bell system has proven to be resilient in all market conditions,” he said. “This is something we have seen over the years, and we think this resiliency will continue going forward.”

Taco Bell is also embracing technology in its restaurants, as some locations offer kiosk ordering only – maximizing efficiency and allowing workers to solely focus on preparing and making the orders.

“As the trend of food service sophistication and convenience continues, we think Taco Bell is in the right spot as they continue to invest in technology, automation and innovation.”

The transaction is subject to certain approvals and is expected to close in the fourth quarter of 2021.

Goldfarb founded Orangewood after a five-year tenure at Senator Investment Group, where he was a managing director and head of special situations. He was with Carlyle between 2003 and 2010, working as a founding member and principal in the distressed and corporate opportunities group.

Goldfarb leads an investment team of six. Members include managing partner Neil Goldfarb, who joined in 2017 from Starr Investment Holdings, and principal Zach Rosskamm, hired at inception from AEA Investors. Three others were recruited since 2019, among them, vice president Chase Lang, also formerly with Starr.