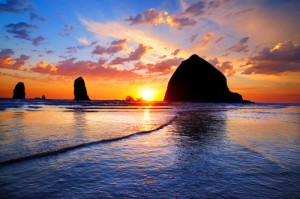 With a $250 million follow-up commitment from the Oregon Investment Council, Kohlberg Kravis Roberts & Co’s latest flagship fund is within reach of its $8 billion target, a fundraising goal the firm started pursuing nearly two and a half years ago, according to Buyouts, peHUB’s sister magazine.

Oregon’s new commitment, which it made at its May 29 board meeting, comes on top of the $525 million pledge that it made to the same fund back in early 2011, according to James Sinks, the Council’s spokesman. Like its neighbor, the Washington State Investment Board, which also made a $250 million follow-up commitment to Fund XI, Oregon is paying a super-low 1 percent annual management fee.

Oregon also made four other private equity commitments between February and April, for an additional $425 million in pledges. None of these commitments, to CVC Capital Partners, Morgan Stanley Private Equity, RRJ Capital and Vista Equity Partners, have previously been reported.

Washington and Oregon were private equity pioneers in the early 1980s, partnering with KKR when the firm and the industry were in their infancy.  Their commitments to KKR’s early funds resulted in spectacular returns. According to Oregon data, the first five KKR funds that the council committed to between 1981 and 1986 resulted in net return multiples that ranged from 3.3x to 7.1x. Those funds also delivered net IRRs that ranged from 17 percent to 40 percent.

The largest of Oregon’s other commitments was $200 million to CVC European Equity Partners VI LP, a European mega-buyout fund seeking to raise $13.5 billion. Some of London-based CVC’s more prominent portfolio investments have included a controlling stake in Formula One racing and Samsonite luggage.

Prior to this commitment, Oregon contributed nearly $1 billion across all five of CVC’s earlier flagship funds, plus two of the firm’s Asian funds. The firm’s previous flagship fund, the 2008-vintage Fund V, has so far delivered a 10 percent net IRR plus a 1.3x net return multiple, according to December 2012 data from Oregon.

Two other private equity commitments from Oregon are to Asia-focused funds. One of them was for $75 million to RRJ Capital Master Fund II LP, which is seeking to raise $4 billion. This is Oregon’s first commitment to the firm.

Based in Hong Kong, RRJ Capital invests in buyouts both in China and Southeast Asia. The firm was founded in 2011 and closed its first fund that year with $2.3 billion in commitments.

Another Asia-focused commitment was for $75 million to Morgan Stanley Private Equity Asia IV LP, a buyout and growth capital fund seeking to raise $1.5 billion. The previous fund in the series, Fund V, raised $1.5 billion in 2007.  That fund, according to September 2012 data from the Pennsylvania Public Schools Employees’ Retirement System, has returned a net IRR of 3 percent along with a 1.1x net return multiple.

Fund IV, which is targeting a gross IRR of 25 percent to 30 percent, will invest a majority of its assets in China-based companies and another 25 percent to 30 percent in South Korean firms, according to an investment report prepared by Pennsylvania PSERS, which committed $100 million to the new fund in January.  Fund IV has also attracted a $25 million commitment from the University of Michigan Endowment Fund.

The firm’s first Foundation Fund raised $400 million in 2010.  According to September 2012 data from the California Public Employees’ Retirement System, that fund has so far delivered a net IRR of 17 percent and a net return multiple of 1.3x. CalPERS committed $20 million to that fund. The New York State Common Retirement Fund committed $50 million to Fund I.