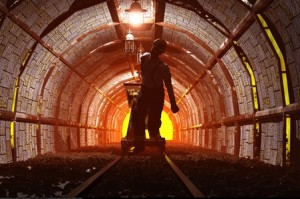 Halifax, Nova Scotia-based GoGold Resources Inc (TSX: GGD), a mineral resource company, has received US$35 million in equity and debt financing from Orion Mine Finance. Orion has provided the first US$15 million tranche under the credit agreement and has also acquired 4,693,563 common shares of GoGold. Proceeds will be used to fund development of the company’s Parral tailings project in Chihuahua, Mexico, and for working capital purposes. Orion, formerly known as RK Mine Finance, is a global private equity investor in precious and base metals sectors.

GoGold Closes US$35,000,000 Financing With Orion Mine Finance

HALIFAX, Sept. 30, 2013 /CNW/ – GoGold Resources Inc. (TSX: GGD) (“GoGold”) is pleased to announce the closing of the US$35 million equity and debt financing with Orion Mine Finance, the details of which were previously announced in news releases dated July 12, 2013 and September 18, 2013.

This news release may contain “forward-looking information” as defined in applicable Canadian securities legislation. All statements other than statements of historical fact, included in this release, including, without limitation, statements regarding the impact of the private placement and debt financing on GoGold and the Parral tailings project, and future plans and objectives of GoGold, constitute forward-looking information that involve various risks and uncertainties. Forward-looking information is based on a number of factors and assumptions which have been used to develop such information but which may prove to be incorrect, including, but not limited to, assumptions in connection with the continuance of GoGold and its subsidiaries as a going concern, general economic and market conditions, mineral prices, the accuracy of mineral resource estimates, and the ability to satisfy all conditions to funding of the second tranche under the credit agreement. There can be no assurance that such information will prove to be accurate and actual results and future events could differ materially from those anticipated in such forward-looking information.

Important factors that could cause actual results to differ materially from GoGold’s expectations include exploration and development risks associated with the GoGold’s projects, the failure to establish estimated mineral resources or mineral reserves, volatility of commodity prices, variations of recovery rates and global economic conditions. For additional information with respect to risk factors applicable to GoGold, reference should be made to GoGold’s continuous disclosure materials filed from time to time with securities regulators, including, but not limited to, GoGold’s Annual Information Form. The forward-looking information contained in this release is made as of the date of this release and GoGold does not undertake to update publicly or revise the forward-looking information contained in this release, whether as a result of new information, future events or otherwise, except as required by applicable securities laws.

No regulatory authority has approved or disapproved the adequacy or accuracy of this news release.