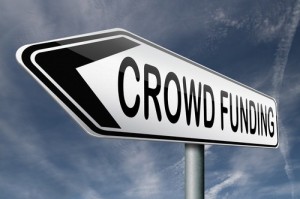 The Ontario Securities Commission (OSC)’s recent consultation on crowdfunding options received “favourable comments” reports law firm Osler Hoskin & Harcourt. Osler noted 100 responses to the OSC, most of which supported its crowdfunding exemption proposal, though some had concerns about investor-protection issues. With respect to crowdfunding’s role in small business financing, feedback identified a “gap” in the $1 million to $2 million range that could be addressed, though there were also warnings about “difficult governance structures” that might result.

This Osler Update provides a brief overview of crowdfunding, followed by a synthesis of stakeholder responses and the major debates emerging from this consultation.

Crowdfunding is an innovative way to fund a project through the pooling of small, individual contributions. To connect capital seekers and capital providers, crowdfunding uses the Internet and, more particularly, social media networks. Essentially, if you have an existing project or a business plan that requires financing, you can present your idea to the “crowd” using a website portal, asking the crowd to contribute money to your business. If your idea gains traction, contributors may promote it within their social media networks, thereby expanding the potential pool of capital.

A few variants of crowdfunding are available to capital seekers:

Different websites have been established to facilitate the use of these models to raise funds for a project. Deloitte predicts that these websites (i.e., funding portals) will raise $3 billion worldwide in 2013, doubling the $1.5 billion raised in 2011.1 Crowdfunding as a means of raising capital in exchange for an equity stake in a business (i.e., equity crowdfunding) has received legislative legitimacy in the United States under the JOBS Act. Equity crowdfunding does not fit neatly within the existing exemptions to the prospectus requirement under Canadian securities law.

Currently, a Canadian company that does not wish to issue a prospectus is prohibited from crowdfunding investment capital unless it relies on one of the limited number of already existing prospectus exemptions (e.g., accredited investor, family and friends.). The donations and rewards models do not involve securities, so are not subject to securities law and, consequently, are not addressed by the Consultation Paper.

Responses to the OSC’s Consultation Questions

The crowdfunding model proposed by the OSC in the Consultation Paper contemplates the legalization and regulation of equity crowdfunding in Ontario.

The OSC received 100 comment letters providing feedback to the questions and concerns in the Consultation Paper. Although the overall tenor of the comments addressing the crowdfunding prospectus exemption supported the proposal, a minority of stakeholders expressed the view that such an exemption was not justified because investor-protection concerns could not be adequately dealt with by regulation. Those that want the crowdfunding prospectus exemption implemented see crowdfunding as a way to fuel innovation and “democratize” the markets. The more salient stakeholder responses to important consultation questions have been identified and are summarized below.

1. Would a crowdfunding exemption be useful for issuers, particularly small and medium-sized enterprises (SMEs), in raising capital?

It would increase the availability of capital for investment in SMEs. Stakeholders identified a gap in funding for projects in the $1 to $2 million range. A crowdfunding exemption would address this concern by growing the available capital pool – one stakeholder’s estimates this would be 20 times the size of existing institutional venture capital.

By committing funds to a project, the crowd may also bring market validation for a product, a benefit that goes beyond what a venture capital firm could provide.

Sourcing capital through crowdfunding may be more efficient than relying on informal networks of contacts, and would allow entrepreneurs to focus on developing their ideas.

Issuers may be wary of saddling themselves with a difficult governance structure at such an early stage in the company. Equity crowdfunding can result in thousands of shareholders, each with fractional interests in the company. This could complicate conducting routine corporate business and arranging for future financings. Even if equity investors are given non-voting shares, corporate law gives shareholders the right to vote in respect of certain fundamental changes. Commentators said that one solution would be to use a trust model and have investors who wish to participate in profits hold units rather than shares. Debt crowdfunding poses fewer problems from a corporate governance perspective.

2. Can investor-protection concerns associated with crowdfunding be addressed and, if so, how?

Many stakeholders echoed the investor protections noted by the OSC: they suggested that only certain types of securities be available for issuance (no derivatives or hybrids), limits on investment amount per company, limits on the total amount invested in crowdfunding per investor, disclosure of company information at point of sale, investor acknowledgement of risks, and having funding portals serve a gatekeeper’s role to ensure issuer compliance with the crowdfunding regulations.

Some commentators suggested that the strongest investor protections would not come from regulation, but rather from the power of social media. Issuers seeking capital through crowdfunding would not be faceless; instead, because of their interaction with social media, they would be well-known actors. Social media would be able to use the power of the crowd to expose fraudulent issuers. Ultimately, they said, this would be a strong disincentive to commit fraud.

Crowdfunding skeptics pointed to asset bubbles (like Dutch tulips or subprime mortgages) to deny that crowds would be wise investors. Owing to the smaller size of a crowdfunding investment, the skeptics argued that individuals would have no economic rationale to conduct heavy due diligence into a project, and thus would be investing on the basis of sheer speculation. The small investment size may mean that the rules against misrepresentations in disclosure documents would be infrequently enforced. One commentator suggested that even with regulation, significant residual risk of fraud and illiquidity would remain.

3. Are there concerns with retail investors making investments that are illiquid with very limited options for monetizing their investments?

All commentators agreed that the liquidity of crowdfunding investments is a concern.

Many commentators agreed that crowdfunding investors should be able to sell their securities on the already existing exempt market. For example, should a venture capital firm, qualifying as an accredited investor, wish to purchase the crowdfunding stake, it should be permitted to do so.

A more ambitious suggestion is to provide a separate market for crowdfunding investment.

Some commentators suggested that as long as illiquidity is understood and acknowledged, and the amount investors are allowed to invest in a crowdfunding venture is limited, illiquidity may be of limited concern.

4. Should issuers that rely on this exemption be required to provide ongoing disclosure to investors? If so, what form should this disclosure take?

One commentator maintained that there is no need for ongoing disclosure because the rules for reselling securities distributed under a prospectus exemption inherently provide for prescribed continuous disclosure to permit resale.

Some form of ongoing disclosure could play a role in keeping issuers accountable to investors for the use of proceeds. Investors may be interested in having project updates, such as whether a major milestone or deliverable has been achieved.

Crowdfunding portals may be required to host any ongoing disclosure.

5. What information should be provided to investors at the time of sale as a condition of this exemption? Should that information be certified and by whom?

Most stakeholders agreed that disclosure at the time of sale should contain a few essential elements: a statement on the planned use of funds; details on the principals, owners and managers of the company (including background checks, CVs and details on executive compensation); financial statements; a capitalization table disclosing the existing capital structure of the company; disclosure of liquidity concerns; and a discussion of the risks associated with the business.

There may be some debate about whether financial statements should be audited by a chartered accountant or just certified by management.

One novel suggestion is to require issuers to provide disclosure in the form of a short video or PowerPoint presentation as a supplement to other legal disclosure documents, in the hope that the information will be easier to digest for unsophisticated investors.

Stakeholders that agreed in principle to a crowdfunding exemption also agreed that investments should be conducted through a funding portal. Because funding portals would be involved with showcasing investment opportunities to investors and matching issuers with investors, they would normally attract certain dealer or advisor registration requirements under securities law.

Some commentators argued for the creation of a new category of registrant, with responsibilities appropriate to the platform. For example, if portals will ultimately play a passive role in this process of connecting investors to issuers, then it would be inappropriate to impose a requirement for the portal to assess the suitability of a product for an investor.

Portals may be required to perform various investor-protection functions. One such suggestion would require portals to hold investor funds in escrow until a funding threshold is met. Another suggestion is for crowdfunding portals to be required to assist with communications between shareholders and investors, in this way acting as a legislated social media platform.

All stakeholders who commented agreed that crowdfunding portals should facilitate investor due diligence by serving as a repository of issuer financial information.

Canadians interested in crowdfunding will be paying close attention to the U.S. Securities and Exchange Commission, which should soon be releasing rules implementing the crowdfunding regime under the JOBS Act. While some other jurisdictions, such as Australia and the United Kingdom, have permitted certain forms of crowdfunding for some time, Canadian securities regulators are still considering whether the potential benefits outweigh the investor-protection and other regulatory concerns. Regulators in other Canadian jurisdictions, most notably the Autorité des marchés financiers in Quebec, have also reached out to the public to gauge interest in crowdfunding.

It is important to note that the OSC solicited comments in a consultation paper rather than as a part of a proposed rule and that the OSC clearly indicated that the proposed crowdfunding prospectus exemption was a “concept idea” solely for discussion purposes. The OSC still retains the discretion to decide whether to introduce a crowdfunding exemption as a proposed rule. This means that, upon reviewing the comments, the OSC may yet elect not to proceed with a crowdfunding exemption. At this time, the OSC is not prepared to comment on what course of action it will take.

We will be monitoring how the Canadian securities regulatory authorities move forward in their consideration of a crowdfunding prospectus exemption and will be providing updated information as it becomes available.

For more information about this topic, please feel free to contact Shahir Guindi or Ward Sellers.