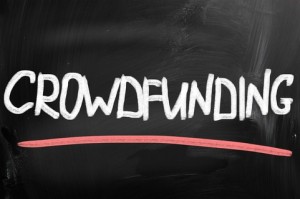 A new report by Osler Hoskin & Harcourt LLP discusses the August 28th update by the Ontario Securities Commission (OSC) concerning its work developing a regulatory framework for equity crowdfunding. Osler notes that while the latest OSC report confirms that body’s interest in establishing a framework, it also highlights the difficult balance that must be struck to provide investors with adequate protection without imposing excessive burdens on issuers and funding portals.

On August 28, 2013, the Ontario Securities Commission (OSC) released OSC Notice 45-712 – Progress Report on Review of Prospectus Exemptions to Facilitate Capital Raising (the Progress Report). The Progress Report summarizes the work completed to date by the OSC in its consideration of new prospectus exemptions and outlines the OSC’s plan to undertake further work in this area, including with respect to the development of a proposed regulatory framework for equity crowdfunding.

The Progress Report confirms the OSC’s interest in moving forward with the development of a regulatory framework for equity crowdfunding; however, it also highlights the difficult balance that will need to be struck to provide investors with adequate protection against the risks of investing through this new marketplace without imposing excessive regulatory burdens on issuers and funding portals that would unduly impede the effectiveness of this means of raising capital.

As part of its ongoing review of the exempt market (the Review), the OSC conducted extensive public and private consultations with various stakeholders, including through the release of a public consultation paper (the Consultation Paper) in December 2012, which outlined and sought feedback on four concept ideas for new capital-raising prospectus exemptions in Ontario.

In its Progress Report, the OSC noted that the total amount of capital raised in the Ontario exempt market in 2012 was $104 billion, representing a 20% increase over the previous year. Despite this increase, the OSC indicated that there is a general perception that the current exempt market regime in Ontario has not kept pace with global market developments, including changes in investor demographics and the use of the Internet and social media.

As described in our previous Osler Update on the Consultation Paper, there was considerable support from issuers and other securities industry participants for the introduction of a prospectus exemption for crowdfunding in Ontario that would allow issuers to use an online platform to access large numbers of investors in a cost-effective manner. However, others were highly critical of allowing crowdfunding and expressed concern that the crowdfunding concept idea outlined in the Consultation Paper would “result in too large a degree of informational asymmetry and too great a risk of fraud and potential for investor harm.”

Stakeholders who supported crowdfunding generally agreed that for this to be an effective means of raising capital, it must be supported by a regulatory framework that provides investors with adequate protection, without imposing excessive regulatory costs on issuers and funding portals. Many stakeholders opposed to crowdfunding did not believe that it was possible to achieve this balance. A detailed summary of stakeholder comments is available on the OSC’s website.

In addition to holding private and public consultations, the OSC commissioned an Internet survey (the Survey) to gauge the interest of retail investors in investing in small and medium-sized enterprises (SMEs) through crowdfunding. The Survey canvassed a broad cross-section of Canadians (1,501 respondents) who were neither currently nor formerly registered with a provincial securities commission. The Survey results confirmed that there was a significant level of interest in investing in start-ups and SMEs through crowdfunding. Approximately 47% of respondents expressed some level of interest and, of this group, 14% expressed strong interest. A full report on the Survey is available on the OSC’s website.

The Survey responses showed that most investors understood the high level of risk associated with crowdfunding and would generally invest amounts of less than $5,000 per annum, would want unbiased disclosure and would seek professional advice before investing. However, the responses also raised a concern that a minority of investors may not fully understand the risks associated with crowdfunding.

Key Themes Identified by the Review

The OSC has identified the following four key themes from its Review to date:

the emergence of crowdfunding as a new way for start-ups and SMEs to raise capital;

the need to facilitate capital raising by SMEs through expanded prospectus exemptions while maintaining investor protection;

the importance of harmonizing prospectus exemptions across Canada; and

the importance of regulatory monitoring and oversight in the exempt market and the additional resources required to effectively monitor and oversee exempt market activity if new prospectus exemptions are adopted.

Future Work to Be Undertaken

According to the Progress Report, the OSC has directed staff to further consider four new capital-raising prospectus exemptions, more specifically: (i) a crowdfunding exemption; (ii) a family, friends and business associates exemption; (iii) an offering memorandum exemption; and (iv) a streamlined rights offering exemption and a possible exemption for distributions to a reporting issuer’s existing security holders based on the issuer’s continuous disclosure obligations. As a result of the feedback received from investors, issuers and other securities industry participants that a crowdfunding exemption would be beneficial for start-ups and early-stage companies, the Progress Report directs that the OSC continue to develop a crowdfunding regulatory framework. To this end, the OSC will build on the crowdfunding concept idea set forth in the Consultation Paper, with an emphasis on the following areas: (i) the development of a regulatory framework for funding portals; and (ii) the refining of the issuer restrictions and investor-protection measures. More specifically, the OSC intends to further consider the limits on offerings under the crowdfunding concept idea, which currently contemplates a cap of $1.5 million per issuer over a 12-month period. Some stakeholders suggested that this amount was potentially too low for meaningful capital raising, while others thought that it was too high. In addition, owing to the mixed responses regarding whether or not financial statements – particularly, audited financial statements – should be required at the point of sale, the OSC will further review the disclosure requirements under its crowdfunding concept idea.

As a result of its Review and the comments received by stakeholders, the OSC has acknowledged that crowdfunding has become a significant new method by which the Internet is being used to raise funds for a range of purposes and that there is a need for securities regulators to consider the emergence of crowdfunding as a new way for start-ups and SMEs to raise capital. The OSC has also recognized that for crowdfunding to be a viable method of raising capital, the regulatory framework must provide investors with adequate protection without imposing excessive regulatory burdens on issuers and funding portals.

However, the Progress Report did not set forth any time frame for the completion of the OSC’s exempt market review or the release of a proposed crowdfunding regulatory framework. The OSC also reiterated that despite the Review, there is still no assurance that any new prospectus exemptions or amendments will be adopted in Ontario.

For more information about this topic, please feel free to contact Ward Sellers.