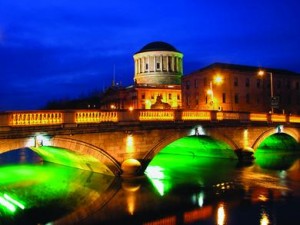 Ireland’s venture capital funds have been raising fresh capital over the last year at levels never previously witnessed, thanks largely to the driving force of government agency Enterprise Ireland, which has made available €175m in public money to the country’s VCs.

But if Ireland is to break out of its relative venture infancy there is a real sense that it needs to be more open about how it operates. Equally, the industry needs to make a concerted effort to sell its story to an international audience if it wants to attract more overseas investors than it presently does.

It would be unfair to suggest that all of the players in Ireland’s VC market are tight-lipped because the more experienced are fully conversant with the results of constructive public debate. However, the others face some communication challenges ahead.

A lot has to be said for the Government’s 2007-2012 Seed and Venture Capital Programme, which by June had just €30m left to allocate to VCs. These final investments will be made in September to some of the eight applicants that sought support from the Irish Government by the mid-July deadline.

In early June, Feargal O Moráin, executive director of Enterprise Ireland, said: “The 2007-2012 Seed and Venture Capital Programme, the third such programme to date, has been extremely successful in raising finance for investment in Irish companies at all stages of development. With over half a billion Euros raised for investment to date, this is of particular benefit to seed and early stage Irish companies.”

The latest push for the VC market has clearly stepped up a gear given the previous two Enterprise Ireland programmes offered €40m and €90m, respectively, in the two five-year periods over the last decade.

“Ideally, we want VCs to say they will help companies to internationalise,” says Willie O’Brien, in charge of commercial evaluation at Enterprise Ireland. He says between 80% and 90% of Enterprise Ireland-backed investment has been invested in Ireland.

However, the international focus on fundraising by Irish VCs has been “disappointing” to date, says O’Brien. “There are some monies available from overseas sources but we would like to see more,” he adds.

“The cake is made up of a number of constituent parts and the latest fundraising round is reliant on domestic sources of funds,” says Michael Murphy, CEO of NCB Ventures in Dublin, whose organisation is fundraising with an anticipated €75m first closing.

The reason for the lack of international funds is partly because investors across Europe are still generally light on venture capital and that the critical mass constraint plays a role for Irish VCs because the size of their funds is still relatively small.

“Bank participation in the sector has always been important but under Basel II requirements it is more difficult for them to make equity investments,” says Murphy.

“Placing all of these issues into context, the fundraising process has been much longer this time around,” he says.

Dublin-based ACT Venture Capital is working on raising a fund in excess of €120m, whereas its previous fund size was €170m, according to ACT partner John O’Sullivan.

“Part of the trick will be to aggregate money from the pension funds,” says Murphy. However, venture as an alternative asset class seems to be too time-consuming or too complex for some Irish pension funds, many of which are faced with managing their exposures to other asset classes.

“When you’re in testing times with the meltdown in the public markets some investors do not have the time or resources to allocate to other asset classes,” says Murphy.

Attracting fund of funds investors is proving to be trickier for Ireland’s VCs, however. Even for the more seasoned venture players.

“I think the fund of funds investors are wondering where to place their money, full stop,” says O’Sullivan.

“We would hate for fund of funds investors to say in three years’ time that they should have invested in VC – now is the time to invest,” says Murphy.

As far as some of Ireland’s pension funds go there could be some growing appetite in venture.

Delta Partners raised €100m for its Delta Equity Fund III in its first closing last October, exceeding its initial expectations of €75m. The fund is targeting approximately €150m in commitments, with a second closing expected soon.

Delta’s fund will invest in early stage companies in Ireland and the UK. Its other investors also comprise a range of international and Irish institutions including Wellcome Trust and Enterprise Ireland.

Fountain announced the first close of its inaugural fund in late April, Fountain Healthcare Partners I, with €75m of committed capital, and says it is targeting about €100m at final close.

Fountain will invest the majority of its capital in Europe and will have a strong emphasis on the life science sector in Ireland. Over 90% of the capital invested in the fund was sourced from institutional investors, of which 75% are Ireland-based including the European Investment Fund and Enterprise Ireland, according to the VC. Fountain also says that a select number of high net worth individual investors also participated.

Fountain’s fund is testament to the ongoing development of VC in Ireland, which is now home to two dedicated life sciences funds.

The other, Seroba BioVentures – active for about six years – is currently raising its second dedicated life sciences fund with an expected €75m first closing, considerably up from its €20m first fund, according to Seamus O’Hara.

“In the life sciences sector you tend to syndicate your investments, so having another dedicated fund is a welcome development,” he says.

Syndication is likely to be a general trend in the Irish market. “You’ll see a greater volume of locally syndicated deals,” says O’Sullivan.

Healthcare has become a political priority in Ireland in recent years, attracting back to the country some of its nationals who have enjoyed successful careers as senior medics in the US health system and elsewhere. This inflow of health industry expertise is also stimulating various research programmes, for which the Government has pledged billions of euros.

Multiple billions of Euros have been allocated to various aspects of Irish society, including research, health and developing the knowledge-based economy under the National Development Plan 2007-2013. About €20bn has been earmarked specifically for enterprise, science and innovation. And more than €8bn has been budgeted for scientific research.

Of this €8bn, Science Foundation Ireland has a responsibility to invest €1.4bn focused on academic researchers and research teams who are most likely to generate new knowledge, leading edge technologies and competitive enterprises in the fields of science and engineering underpinning biotechnology, information and communications technology and sustainable energy and energy efficient technologies.

4th Level Ventures is one of the active VC funds in Ireland focusing on seed investments, with 12 active investments in its portfolio from its previous €20m fund, and all but one investment is revenue-generating, the fund says. It essentially focuses on commercialising university-based research.

“Seed investing is a limited area of interest for the funds here in Dublin. The reason we set up the fund was universities find it very difficult to find funding at the pre-revenue stage,” says Ray Naughton, founder of 4th Level Ventures.

4th Level expects a first closing in the region of €50m in Q4. “Our investments are co-investments with other VCs in Ireland and with US VCs,” says Naughton.

“I think like everywhere else you need a number of successes to attract international funds,” he says.

Promoting seed capital investments is a policy priority for the Irish Government, as evidenced by Enterprise Ireland’s 50/50 participation in the €30m AIB Seed Capital Fund, alongside local banking group AIB.

“There’s no doubt that seed investment is an area targeted by Enterprise Ireland and the Government but there are also VCs in Ireland that are looking at this end of the market,” says Conor O’Connor, CEO of Enterprise Equity. “The rationale was for the fund to be the first institutional investor and then to leverage investments from other VCs at later stage rounds.”

“However, I suspect the current financial crisis will push people towards funding later stage opportunities,” he says. That said, O’Connor says that there is no lack of seed and early stage investment opportunities all over Ireland.

Whether Ireland’s VC market continues to look west to the US for its exit market – when the capital markets reopen – could be debatable. “Companies will now need to look more to the European markets,” says O’Connor.

VC funds in Ireland must be getting it right by attracting repeat investors. However, there is little if no discussion about returns on previous funds. In fact, any detail on the subject is almost taboo.

Even what returns the Irish Government is receiving from ploughing money into venture is unclear, at least for now. There also appears to be limited debate about return on investment in venture at political level in Ireland.

Enterprise Ireland will soon to start collating returns data on the first fund of €40m that has recently closed and this will be available within the next 12 months, says O’Brien.

“I don’t think the market in Ireland would have developed as it has without the support of the Government through Enterprise Ireland,” says O’Connor.

Attracting later round investors is also challenging, according to some in Ireland’s VC market, underscoring the fact that location can play an important role in venture. “A lot of overseas VCs are saying that they are keener to invest in projects in their back gardens, so geographic issues do play a big role,” says O’Brien.

The Irish VC market is growing, it is emerging out of infancy – an example being listed entity TVC Holdings as a nascent home-spun private equity player in Ireland – and the country is arguably awash with capital from wealthy family offices and property-boom investors. And venture in Ireland could benefit from these trends if it sends out the right messages.