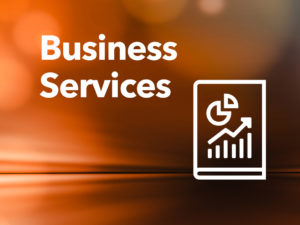 NEW YORK, July 21, 2021 /CNW/ — OUTFRONT Media Inc. (NYSE: OUT), one of the largest out-of-home media companies in North America, is proud to announce the acquisition of Icewerx Consulting, Inc. through its subsidiary, Outfront Media Canada LP.

As an established leader in the Canadian out-of-home advertising market, this acquisition will serve to strengthen OUTFRONT’s dominant presence in the Edmonton market, adding key assets to OUTFRONT’s existing inventory in this top five market.

“The acquisition of Icewerx demonstrates OUTFRONT’s commitment to continuous growth and development across the Canadian market. We have enjoyed having the sales representation responsibility for this inventory for the past four years, and as such are very familiar with the locations. Ownership gives us full control over operations of the boards. We will be investing in technical upgrades, which will improve the reliability of the boards. OUTFRONT’s portfolio in Edmonton currently includes 33 digital displays, 266 static posters and 124 street level faces, with excellent total market coverage generating approximately ten million daily impressions,” said Michele Erskine, Chief Executive Officer, OUTFRONT Canada.

“OUTFRONT has come out of the pandemic in a strong position and is poised for growth, which we are demonstrating through our continued investment in our assets.”
With the acquisition of Icewerx, we are adding 19 digital displays to our inventory in highly desirable locations along main commuting routes in Edmonton for a new total of 50 in this market. This acquisition considerably increases the number of available digital daily impressions in the market and greatly enhances OUTFRONT’s footprint in Edmonton. These assets join OUTFRONT’s existing national digital network in top markets across Canada, including Toronto, Vancouver, Montreal, Calgary, Ottawa, Winnipeg, and Halifax.

About OUTFRONT Media Inc.
OUTFRONT leverages the power of technology, location and creativity to connect brands with consumers outside of their homes through one of the largest and most diverse sets of billboard, transit, and mobile assets in North America. Through its technology platform, OUTFRONT will fundamentally change the ways advertisers engage audiences on-the-go.