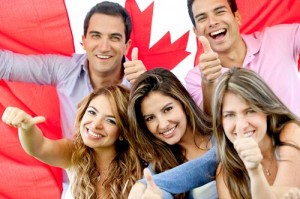 Canada is making a name for itself in private equity. With a stable economy facilitating steady deal-making in the home market and Canadian funds increasingly active abroad, the prognosis for 2013 is a positive one. That’s one of the findings of a new report, The Canadian Private Equity Market: 2012 in Review by law firm Torys LLP.

Canada’s market showed sustained deal volume over 2012, and outpaced activity in 2011, according to analysis by authors Michael Akkawi, Guy Berman and Sophia Tolias. Transactions (deals and exits) totaled 201 last year, with disclosed values exceeding C$38 billion.  Funds were most active on the sell side, with secondary buyouts playing a bigger role in exit strategies. Indeed, secondary buyouts, such as Madison Dearborn Partners’ US$100 million acquisition of QuickPlay Media last July, have tripled since 2009.

However, most Canadian deals continued to be rooted in the low- to mid-market: the report found that acquisitions of less than $500 million accounted for 80% of the disclosed values in 2012. Smaller acquisitions meant fewer club deals, though some $1 billion-plus buyouts in the final months of 2012 suggested the potential for more syndication in 2013.

While natural resources took the largest chunk of dollar flows last year, the report found deals were actually spread widely across Canadian sectors. This trend has been supported by growing inbound investment activity: acquisitions by foreign funds accounted for nearly half of Canadian market activity in 2012. Outbound investment activity has been just as robust, as Canadian funds have found new opportunities abroad.

With more foreign funds active in the Canadian market, and continuing uncertainty surrounding Canada’s foreign investment review process, the report stressed the importance of “deal certainty”, or the ability to close acquisitions without undue regulatory interference.

Torys is cautiously optimistic about Canadian private equity trends in 2013. That’s because acquisitions will continue to be fueled by the need to invest excess cash reserves and realize fund investments. Resource sectors will also likely continue to attract major dollar amounts in the near term. However, the report’s authors caution deal-makers to guard against regulatory risks and to take steps to secure closings in light of a still uncertain global economic backdrop.