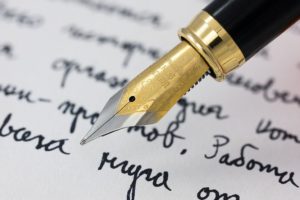 New Charter Technologies is enticing sellers with a unique deal structure, with the young managed IT services company backed by Oval Partners set to close its tenth acquisition in under a year.

Much like other PE-backed platforms, New Charter, formed only last August, has been on an aggressive buying spree. Its latest partnership, Braver Technology, was announced earlier this week.

MSPs typically charges a flat fee to handle IT support service requests for small-and medium-sized businesses and operate on a monthly recurring revenue or MRR model. For most MSPs, over 50 percent of total revenue is recurring; it’s a pricing model revered by PE managers guaranteeing a steady customer base.

As MSP sellers witness unprecedented demand from PE groups, Oval is trying to set itself apart by offering a unique deal structure, which is fueling the fast pace of consolidation by New Charter.

MSPs partnering with New Charter can roll over part of the valuation, pretax, to own a percentage of the holding company.

The ownership percentage is based off the target valuation and proceeds the owner decides to merge into New Charter, but is “typically 30 percent of equity,” said John Knoll, co-founder at Oval.

That differs from other MSP acquirers, as PE firms generally allow management to roll a smaller portion or use different mechanisms to subordinate the stake. The ownership in New Charter is in the same class of shares and carries the same economics as the shares owned by Oval Partners, according to a whitepaper shared by the firm.

Prospective sellers have the ability to exit at a higher multiple and are shown the valuation of New Charter, refreshed quarterly, according to Dan Ruhl, a partner with Oval Partners, which was founded by former Golden Gate Capital executives.

Buy-side processes for New Charter, including Braver, have been alike. “We have a template,” Knoll said. The targets, typically south of $15 million in revenue, are proprietarily sourced, expand the platform’s geographical footprint and the deals get financed by the same lender group and accountant.

But what takes time is convincing the seller. “From the time we meet the company, it could take months to even a year before the company is ready to move forward,” Knoll said.

Looking ahead, New Charter CEO Mitch Morgan plans to roll out cybersecurity capabilities to all companies under the banner.

“Tech is evolving at an extraordinarily rapid pace and it’s getting difficult for individual MSPs to keep up,” Morgan said.