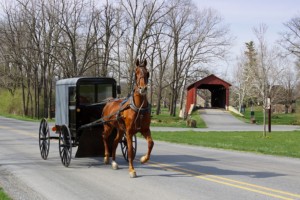 The Pennsylvania Public School Employees’ Retirement System is closing out 2013 in a big way, committing more than $625 million to alternative investment managers.

The pension system, with about $49.3 billion in total assets, committed $100 million each to CVC, Odyssey Investment Partners, The Blackstone Group and DRA Growth & Income Fund. The system’s board also authorized up to $150 million to TPG and $75 million to Exeter Property Group, according to documents from the system.

The system approved up to $100 million to CVC Capital Partners Asia Pacific Fund IV, which is targeting $3 billion (with a $3.3 billion hard cap) for investments in greater China, Japan, South Korea, Indonesia, Malaysia, Philippines, Singapore and Thailand, according to an investment memo from the pension system. The fund expects to hold a first closing on whichever comes first, Dec. 16 or the date on which commitments to the fund reach $2.5 billion, according to a memo from Portfolio Advisors, the system’s alternative investment consultant.

PSERS also committed $100 million to Odyssey Investment Partners V, targeting $1.75 billion with a $2 billion hard cap. That fund is set to hit its hard cap on its first close this month, according to pension documents.

The system also made big pledges to real estate managers. PSERS committed $100 million to DRA Growth & Income Fund VIII, which is expected to collect $1 billion to $1.35 billion and invest primarily through joint ventures with operators.

The board authorized a commitment of up to $100 million to Blackstone Real Estate Partners Europe IV, targeting €5 billion ($6.9 billion) for investments in opportunistic real estate in the U.K. and Europe.

PSERS also is pledging $75 million to Exeter Industrial Value Fund III, which is expected to be a $675 million closed-end, commingled real estate fund investing in industrial real estate, the documents said. The fund is slated to acquire, reposition, lease, develop, operate and sell industrial and business park assets in the U.S. and select Canadian markets.

The system has been on a roll committing to alternatives in the latter half of the year. In October, the board approved more than $1 billion of commitments to alternative managers, including $200 million to Apollo Global Management.