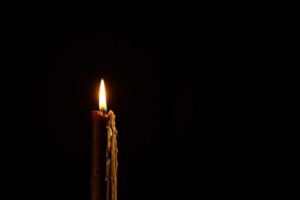 Beblo’s death was unexpected. It “shook us all here at SERS,” the spokeswoman said.

“While an accomplished investor, Michael was a respected colleague who supported his community through The Salvation Army, American Red Cross, his local food bank and The Nature Conservancy. Michael will be greatly missed,” Lenfest said.

Beblo joined PA SERS in August 2012 after working at the Alfred I. duPont Testamentary Trust for more than seven years, where he was director of private equity, according to his LinkedIn profile.

At the DuPont Trust, Beblo managed a private equity portfolio valued at more than $1 billion and helped lead the Trust’s expansion into energy, natural resources and distressed securities, according to his profile.

Alex Bangash, a managing director at Rumson Group who worked with Beblo when he was at the DuPont Trust, said he was shocked by the news.

“He was an amazing person — an incredible blend of talent, independent thinking, sincerity and generosity of spirit,” Bangash said. “I am privileged to have known him and worked with him and will miss him profoundly.”

Beblo also spent time as the chief financial officer at Tredegar Investments/Perennial Ventures from 1999 to 2003 and as a principal at Hambrecht & Quist, where he worked as CFO for a later-stage venture fund. From 1996 to 1998, he worked as manager of private equity at the California Institute of Technology, where he worked with leadership to build an alternatives program, according to his LinkedIn profile.

Kathlika Fontes, a senior associate at StepStone Group who worked with Beblo as an LP advisor, described him as “extraordinarily perceptive” and “succeeded in deciphering market dynamics, identifying attractive opportunities, and engaging with managers, particularly in Europe and within U.S. venture capital and growth equity.”

His work on behalf of Pennsylvania was “uncompromising” and his “passion for private equity underpinned the level of excellence he brought to his work, and was obvious to all of us here at StepStone,” Fontes said.

In Lieu of flowers, Beblo’s family has asked those who wish to make donations to support any of the groups with which he was involved.