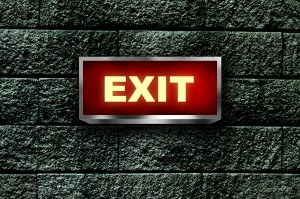 The year got off to a slow start for venture-backed exits, according to a report released today by Thomson Reuters and the National Venture Capital Association.

On the IPO front, eight venture-backed companies went public in the first quarter of this year, raising a total of $672 million. That represents a 52% decline in dollars raised from the fourth quarter of 2012, although the number of listings remained the same.

Six of the eight IPOs of the quarter were IT-related IPOs, and all were U.S.-based companies.  In the largest IPO of the quarter, Model N (MODN), a Redwood City, California-based provider of revenue management solutions for the life science and technology industries, raised $120 million and began trading on the New York Stock Exchange in March.

On an encouraging note, seven of the eight companies brought to market this past quarter are currently trading above their offering price. Moreover, the pipeline for new offerings looks fairly robust, with 25 venture-backed companies currently filed publicly for IPO with the SEC. The figure does not include confidential registrations filed under the JOBS Act, where many observers believe the majority of venture-backed companies now file.

The information technology sector also accounted for the majority of venture-backed M&A transactions, with 58 of the 77 deals of the quarter having an IT focus.

However, by disclosed value, the life sciences sector led all venture-backed merger activity, with $594.3 million in deals. The largest venture-backed M&A transaction during the quarter was in the biotechnology sector, with Illumina’s $350 million purchase of Verinata Health, a Redwood City Calif.-based developer of non-invasive tests for fetal chromosomal abnormalities. The $185 million purchase of pharmaceutical manufacturer Incline Therapeutics by Parsippany, New Jersey-based Medicines Co was the second largest M&A deal with a disclosed price in the first quarter.