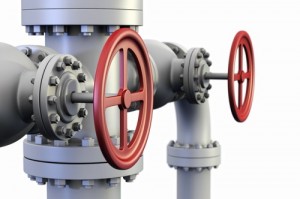 Platino acquired C&C Energia’s interests in the Coati, Andaquies, Morpho and Putumayo-8 blocks in Colombia and has also received cash from C&C Energia in the amount of approximately U.S.$88.5 million.

“With this acquisition, Pacific Rubiales adds four new development blocks to its Colombian production portfolio (Cravoviejo, Cachicamo, Pájaro Pinto, and Llanos-19 blocks), which are all in the prolific onshore Llanos basin and in close proximity to the Company’s existing heavy oil production and infrastructure.

“In addition, the Company is pleased to announce that the President of Peru has signed the Supreme Decree authorizing the ammendment recognizing Pacific Rubiales’ acquisition of a 49% participating interest in the offshore Block Z-1 in Peru.

“I am particularly pleased that we were able to close both acquisitions prior to year-end, which will allow the booking of reserves associated with these properties in our 2012 year-end reserves report. These assets add light oil production and reserves at attractive and accretive metrics and whose value can be increased through accelerated activity, transportation and marketing synergies in the case of the C&C assets, and development drilling in the case of Block Z-1.”

“I am also able to report that the Company’s 2012 exit production is expected to be in the range of 290 to 295 Mboe/d gross total field or approximately 115 Mboe/d net after royalty (excluding the C&C Energia volumes), approximately 16% above 2011 exit production, and surpassing our target of 280 to 285 Mboe/d (about 113 Mboe/d net after royalty).”

Pacific Rubiales’ address is 333 Bay Street, Suite 1100, Toronto, Ontario, M5H 2R2. To obtain a copy of the report filed with the Canadian securities regulatory authorities relating to the acquisition of all of the issued and outstanding shares of C&C Energia, please contact the Company’s Deputy General Counsel and Secretary, Michael Galego at (416) 362-7735 x234.  Prior to the Arrangement, Pacific Rubiales did not hold any shares of C&C Energia.

Pacific Rubiales, a Canadian company and producer of natural gas and crude oil, owns 100% of Meta Petroleum Corp., which operates the Rubiales, Piriri and Quifa heavy oil fields in the Llanos Basin, and 100% of Pacific Stratus Energy Colombia Corp., which operates the La Creciente natural gas field.  Pacific Rubiales has also acquired 100% of PetroMagdalena Energy Corp., which owns light oil assets in Colombia, and 100% of C&C Energia Ltd., which owns light oil assets in the Llanos Basin.  In addition, the Company has a diversified portfolio of assets beyond Colombia, which includes producing and exploration assets in Peru, Guatemala, Brazil, Guyana and Papua New Guinea.