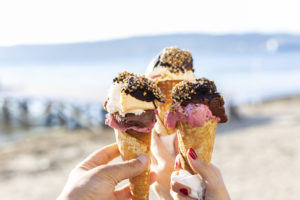 Plunging into the US: PAI Partners inked its first US deal this Monday, and it wasn’t a small one. The European shop bought a majority stake in PepsiCo’s heritage beverage brands business — assigning it an EV of $4.5 billion — with a vision of building out a broader offering in the increasingly popular natural, organic category.

While there are no intentions of walking away from its core segment – juices, lemonades, chocolate smoothies and the like – there is an opportunity to bring some “newness within the legacy,” Maud Brown, partner at PAI, told PE Hub’s Karishma Vanjani. That’s the firm’s game plan with household favorite brands like Tropicana and Naked Juice, she said.

It is a strategy PAI has applied within its current portfolio, Brown said, pointing to Ecotone. Europe-based Ecotone (formerly Wessanen) is an organic and vegetarian food company focused on health and sustainability.

A couple of factors helped PAI seal the deal, according to Brown: PAI’s track record with Nestlé and the fact that PepsiCo was looking for a buyer with transatlantic operations and expertise.

In 2016, PAI Partners bought Nestlé’s European ice cream business and merged it with PAI-owned R&R to create a new platform named Froneri. Late last year, the French firm bolstered Froneri with the addition of Nestlé’s US operations, including Häagen-Dazs, in a $4 billion deal.

“There [within Nestlé] we were able to demonstrate taking a traditional ice cream business and making a smaller portion size, on-the-go offering.”

The Austin-based mid-market firm’s target for the vehicle was $1.8 billion, having previously bumped that from $1.6 billion due to the strength of LP demand, Buyouts wrote in February.

That’s it for me! Have a great weekend, everyone. Write to me with your feedback, tips, book recommendations or any other comments at springle@buyoutsinsider.com.