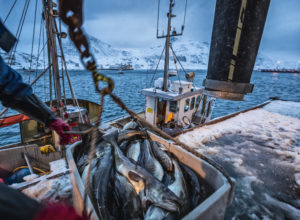 Palladium Equity Partners‘ Quirch Foods has completed its merger with Colorado Boxed Beef in what represents the firm’s largest revenue- and EBITDA-generating platform in history.

Colorado Boxed Beef recorded annual sales of $1.8 billion-$1.9 billion in 2019, while Quirch generates a little over $1 billion in top line, according to a source familiar with the matter. Both companies have similar profitability, the source added.

Colorado Boxed Beef is the second add-on for Quirch since Palladium’s 2018 investment following its May deal for Butts Foods. Colorado Boxed Beef, acquired from Altamont Capital Partners, closed yesterday for “several hundreds of millions of dollars,” the source said.

“The combined entity, which is the largest control investment in Palladium’s history, totals over $3 billion in sales,” said Chris Allen, partner at Palladium who lead the investment and knew the company personally over the last five years.

Deal conversations started last summer but the New York-based PE firm paused when covid hit and re-engaged in June with an IOI. “It was more of a way to formalize our interest level,” Allen said. The majority of due diligence was conducted between June and August with a definitive agreement signed mid-September.

Though it wasn’t a broad process, the company witnessed interest from both PE and strategic buyers, according to the source.

Founded in 1975, Colorado Boxed Beef is a supplier of protein products in the US, with retails brands such as High River Angus, Diamond Reef Seafood and The Great Fish. “It  operated in similar categories to Quirch in the south-eastern market and the companies have known each other for several decades,” Allen said.

For Quirch, the deal expands its geographical footprint, plus provides an opportunity for deeper penetration in the restaurant distribution space and possible logistical savings.

“Anytime you have geographical overlap, there will be some efficiencies,” the source said. For example, instead of running two warehouses, the newly combined company can operate out of one larger warehouse while delivering more products in one route.

The investment was a combination of debt and equity, with capital deployed from Palladium’s $1.56 billion Fund V. RBC led debt financing on the deal. Quirch management invested in the deal, while managers of Colorado Boxed Beef and Altamont rolled equity to remain invested.

Quirch, which exclusively distributes Chiquita Brands frozen Tropicals and Fruits to independent retailers, will be the parent company while its add-ons will continue to operate under the same brands.

The PE firm does not plan to change anything immediately, but is looking to build the management team and reduce staff redundancies. The company also intends to pursue a comeback in channels that are not doing well, such as cruise lines, resorts and exports channels, the source said.

Update: This reported has been updated to clarify financial information and the timing around Quirch’s recent add-ons.