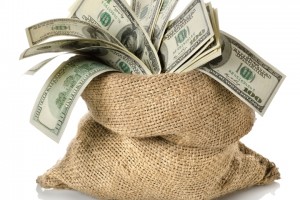 Pamlico Capital is out fundraising for its first independent fund since splitting from Wells Fargo in 2010.

Charlotte, N.C.-based Pamlico is looking to collect $630 million for the pool, according to an SEC filing. Pamlico Capital III LP has already amassed $354.5 million, the filing says. UBS is acting as the placement agent, the filing says. Another filing indicates the GPs are apparently putting in $30 million.

Pamlico was founded in 1988 as the PE arm of First Union. Wachovia Corp. and First Union merged in 2001 and the PE firm changed its name to Wachovia Capital Partners. In 2008, just a month after Lehman Brothers filed for bankruptcy protection, Wells Fargo acquired Wachovia in a $15.1 billion transaction. Wachovia Capital Partners spun out from Wells Fargo two years later. At the time, Pamlico said the separation had nothing to do with the Volcker rule, peHUB reported. The firm is named after the Pamlico Sound in North Carolina, which is the nation’s second-largest estuary.

The firm, when it was known as Wachovia Capital Partners, raised $1.8 billion in 2007, including commitments from both Wachovia and third parties. When it split from Wells Fargo, Pamlico cut the size of the fund to $1.1 billion, peHUB has reported.  The firm’s LPs currently include AlpInvest, GE Capital, Goldman Sachs, HarbourVest, Lexington Partners, Partners Group and Wells Fargo, the Pamlico web site says.

Pamlico focuses on business & technology services, communications and healthcare. The firm makes growth equity and buyout investments between $25 million and $75 million per deal, according to the Pamlico website. In February, Pamlico announced the sale of NewWave Communications to GTCR. The firm also sold TMW Systems to Trimble Navigation for $335 million in August. Pamlico, in September, made a growth investment in Secure-24.