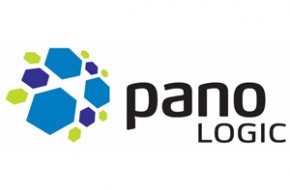 Pano Logic, which peHUB confirmed has ceased operations, took more than $50 million from venture capitalists and Goldman Sachs over more than five years before the company shuttered operations and scrubbed its site of both managers’ and investors’ identities.

Investment capital put into California-based Pano Logic includes two seed rounds from Foundation Capital and Fuse Capital, in 2006 and 2007, classified as the company’s Series A round. Goldman Sachs joined in for Pano Logic’s B round in late 2007, alongside the aforementioned VCs, according to Thomson Reuters data.

In 2008, the company raised two more rounds, according to Thomson Reuters data. One round included Goldman Sachs, the other, Fuse Capital and Aly Orady, a founder with the company (Foundation Capital would participate in both rounds). In 2010 and 2011, backers Mayfield Fund, Goldman Sachs and Foundation Capital would do another two rounds backing Pano Logic. The sum of its rounds from 2006 until last year is more than $57 million, according to Thomson Reuters data.

Foundation Capital’s Fund V was listed as being the only fund from that investor to back Pano Logic, according to Thomson Reuters data.

Business Insider, when reporting on the company’s closure earlier this month, reported that the company had only raised $38 million, but did not cite where those figures originated. Last month, a separate report stated Pano Logic’s closure was due to a cease-and-desist order that the company could not fight.

It is not clear whether the company’s technology will be sold to another acquirer, or is being shuttered outright. PeHUB reached out to investing sources who did not respond. Foundation Capital did not respond to a request for comment.

Pano Logic’s descent is another black eye for VC firm Foundation Capital, which peHUB exclusively reported last year, began pre-marketing a fund for $750 million (that figure has since been reduced). In 2011, the collapse of Bella Pictures, a wedding photography company, also wiped out almost all of investors’ equity (Foundation was an investor).

The contact listed at Pano Logic’s site was for a number that is currently out of service. Orady’s profile on LinkedIn states he is a founder for the company, but lists his tenure with Pano Logic as “past” experience.