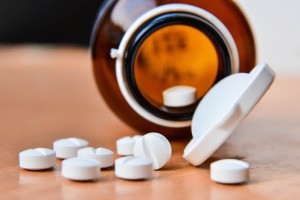 TPG Capital, which is out fundraising, stands to make about 7.5x its money with the sale of Par Pharmaceutical Holdings Inc.

On Monday, Endo International plc said it would buy Par Pharma, a generic drug maker, for $5.8 billion. Including debt, the deal is valued at about $8 billion.

TPG-led an investor group in the acquisition of Par Pharma in September 2012 in a deal valued at $1.9 billion. The consortium invested $738.8 million equity in the deal, according to SEC filings. It’s not clear who co-invested alongside TPG in the deal.

TPG’s investment in Par came from its sixth buyout pool, which raised $19.8 billion in 2008. TPG Partners VI LP was generating an 11 percent net IRR and a 1.4x investment multiple as of Sept. 30, according to performance data from the California Public Employees’ Retirement System.

Par Pharma earlier this year paid out a $494.3 million dividend to its shareholders, regulatory filings said. The TPG consortium, which owns 99 percent of the company, got most of it.

The generic drug maker also filed to go public earlier this year. In all, the TPG group invested roughly $838.8 million and stands to get back $6.29 billion ($5.8 billion plus the $494.3 million distribution).

The sale of Par Pharma comes at a critical time for TPG. The buyout shop is fundraising for its seventh global private equity fund. TPG Partners VII is seeking $10 billion; it collected $6.5 billion in March in a first close, Buyouts reported.

Such a strong return with Par Pharma will likely help TPG in its fundraising efforts, a placement agent said. “For LPs that were still on the fence about re-upping, this may push them over,” the source said.