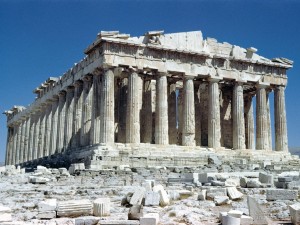 “We view fundraising as a continuous process,” Ament said. Asked how Parthenon was able to reach its goals in such a short time, he said, “It’s partly the asset class—lower mid-market growth is an attractive segment right now. It’s part us—we have a deep expertise in health care, business services and financial services. And it’s part luck.”

The $35 billion Illinois Teachers Retirement System revealed earlier this week that it committed $40 million in the new fund. And late last year, the $73 billion Oregon Investment Council committed $75 million. Overall, investors include a mix of funds of funds, endowments and public pension in the U.S. and overseas.

Parthenon Capital was founded in 1998 and has $2 billion in capital under management. The firm is now led by a trio of managing partners: Ament, William Kessinger, who is also chief operating officer, and Brian Golson, who is head of the firm’s San Francisco office.

The firm has long had a strategy of investing in small to medium-sized growth-oriented companies, and it typically invests in 13 to 15 companies per fund. Ament said that Fund IV has a strong pipeline of potential deals.

The firm’s previous fund, the 2005 vintage Parthenon Investors III LP, has performed moderately well, so far garnering a 9.3 percent IRR and a 1.4x return multiple, according to the Oregon Investment Council, which invested $100 million in the fund.

The firm’s record earlier in the last decade was tarnished by an ill-timed investment in Atkins Nutritionals, which Parthenon and Goldman Sachs & Co. bought for $533 million shortly after the 2003 death of the company’s founder and namesake, Dr. Robert Atkins. Within two years, revenue at Atkins plummeted, and the company filed for bankruptcy, nearly taking Parthenon down with it.

But in 2004, the firm’s founders sold their interests to a new team led by Ament, Kessinger and Golson, and under them, Parthenon has largely been able put its Atkins legacy behind it.

Jeffries was the placement agent for Fund IV, and the firm was represented by Ropes & Gray.