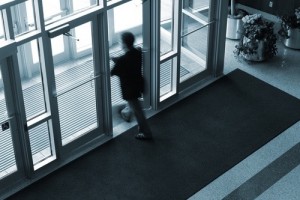 Partner Charles Yoon has left Monitor Clipper Partners, a Cambridge, Massachusetts-based buyout shop that suspended its most recent fundraising earlier this year to instead work on a deal-by-deal basis.

Yoon joined Bregal Partners as a managing partner earlier this month. It is not clear when he left Monitor Clipper, which he joined in 2004 and where he became a partner in 2008.

Monitor Clipper called off fundraising for its fourth flagship vehicle earlier this year in favor of harvesting investments and working on a deal-by-deal basis, according to a limited partner with knowledge of the situation. The firm, which had been targeting $600 million for Fund IV, raised about $200 million before calling off fundraising, Bloomberg previously reported.

The fund held a first close on $135 million in February 2014, with the largest commitments coming from the pension fund of IBM and Manulife Financial Corp, according to a marketing document for Fund IV seen by Buyouts.

“They had challenges trying to raise the fund,” a second LP who knows the firm said. “A lot of people were like, ‘let’s see the results [before] we re-commit.”

It’s not clear what impact the overall track record at Monitor Clipper had on raising Fund IV. The firm’s most recent vehicle, which raised $500 million in 2008, was generating a 1.9x gross multiple and a 22.3 percent gross internal rate of return as of December 2013, the marketing document said. Fund II, which raised $800 million in 2004, was producing a 10.6 percent gross IRR and a 1.6x gross multiple, the document said.

Preqin reported last year Monitor Clipper was one of the most consistent PE performers of the year, with two out of four funds in the top quartile, and one fund in the second quartile.

The firm, which has a group of seven partners, according to its website, has been embroiled in a legal battle that may have impacted its ability to raise its latest fund. Monitor Clipper was hit with more than $31 million in damages for alleged misuse of trade secrets. A jury ruled against the firm in 2012 and a district court upheld the ruling in July 2014.

The case involved Hallmark Group Inc, which in 2001 hired Boston-based Monitor Group for research on the greetings card market. (Monitor Clipper Partners formed in 1997 out of the combination of Monitor Group’s consulting resources and The Clipper Group’s private equity experience.)

Monitor Group shared the confidential research with Monitor Clipper Partners, which then acquired Hallmark competitor Recycled Paper Greetings, according to court documents. The firm and the consulting group then tried to destroy evidence about the sharing of the information, including erasing hard drives, the documents said.

Monitor Clipper “requested and received indemnification from its client” in the case, according to the firm’s Form ADV. It’s not clear what is meant by “client,” or whether any Monitor Clipper funds were on the hook to pay the damages. “The adviser believes its conduct was ethical and proper at all times,” the firm said in the filing.

Partners Travis Metz, Adam Doctoroff and April Evans did not respond to requests for comment.